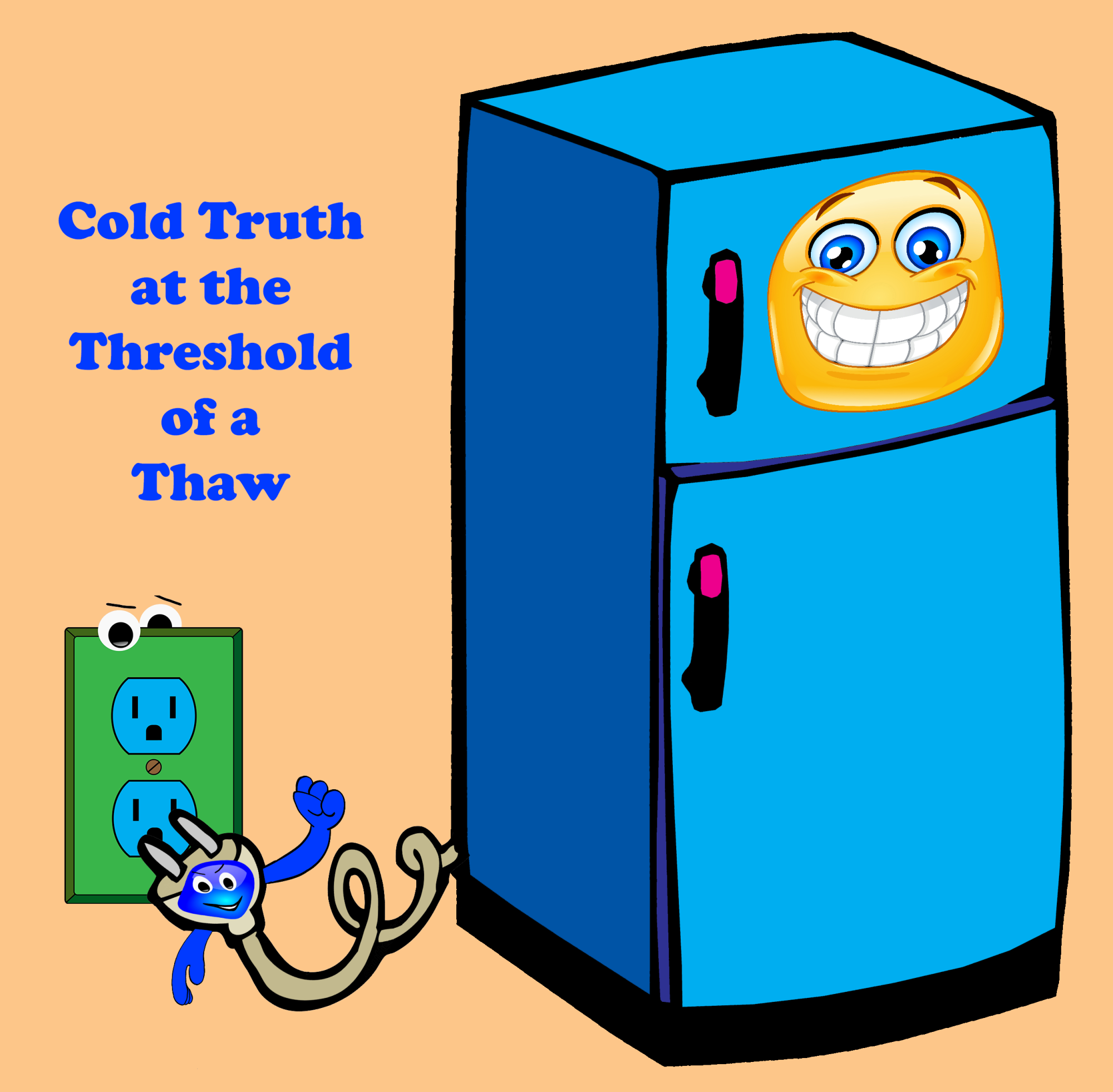 Is it really true that the light will go off
When the door to the frigid air is closed?
There’s no eye to perceive it behind that thick wall.
The veggies and fruits could be having a ball.
The meat and the bread might have long since proposed
Unbeknownst to left over beef stroganoff.

Dear Plato and Socrates, this one’s for you.
The chicken and egg thing I’ve got figured out.
But lights behind closed doors must play by the rules
Because if they don’t, we’d be taken for fools.
Equal Justice! That’s what I’m talking about.
The law of the loony’s not meant for the few.

That light should be off. There’s a switch that’s depressed
When e’er the door closes; that saddens it so.
But that throw with a pole could be putting on airs.
In cahoots with the crisper drawers for whom it cares,
The acts of the door moves the pole to and fro
But that doesn’t mean the damned thing ain’t possessed.

I’ll make sure that light’s off; I’ll just drill through the side.
With a whisper jet bit in a silencer chuck
Those goods and their cronies won’t suspect a thing.
I’ll catch them red handed; my heart will then sing.
And from then on, I’ll have much better luck
In convincing the stove and the sink that they lied.