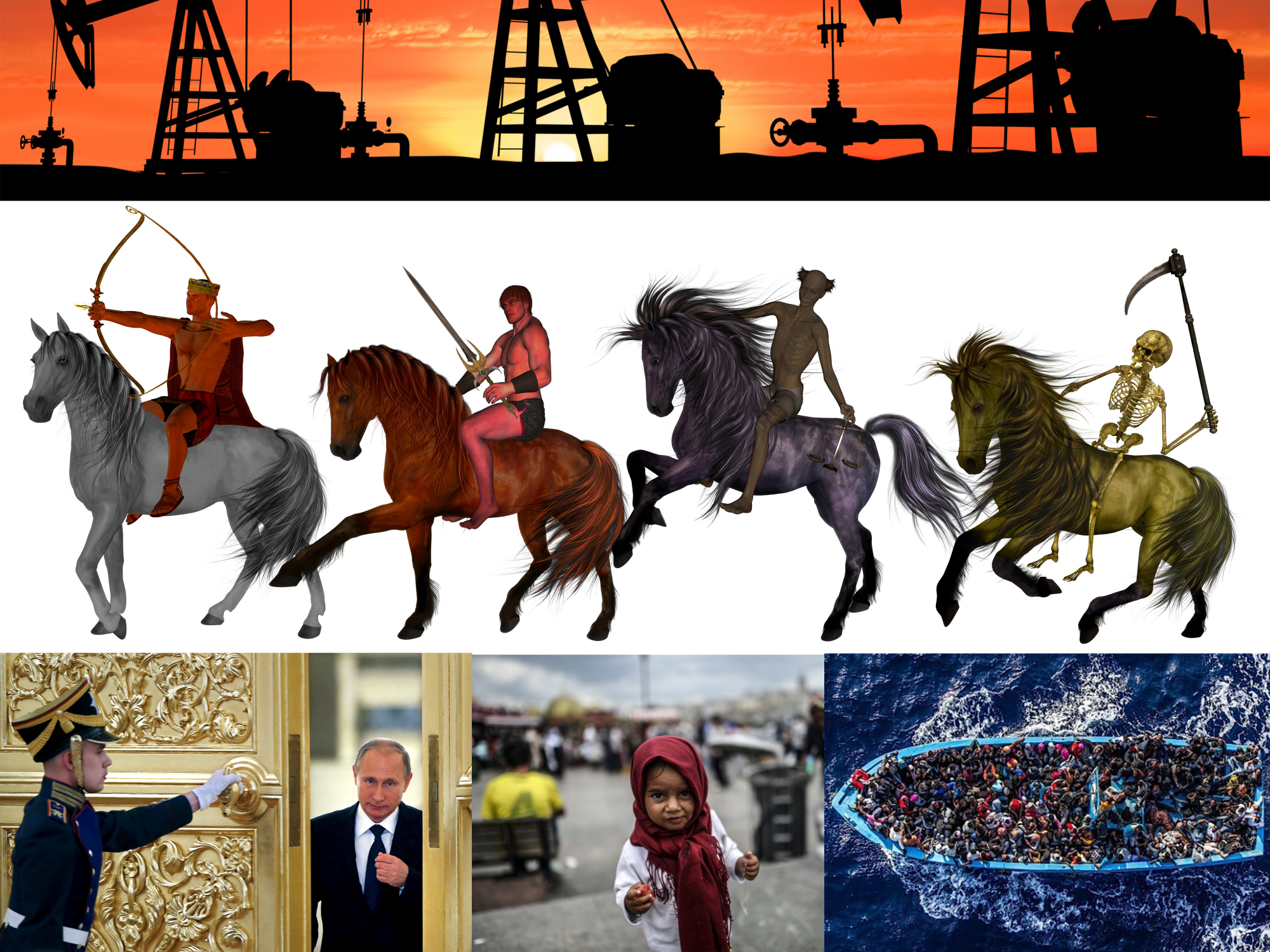 For ages the Turm has engaged in its trot
To the drawing and quartering work of the world.
Red war, and black famine and pale green disease
Are the Horsemen who’ll bring mankind quick to its knees.
Knowing it’s about oil, our minds are unfurled.
Then it’s possible we could avert this onslaught.

But what of the white one – that one with the bow
And that arrow insisting it knows its own way?
Does it shoot from the hip and preach red, white and blue?
Does it speak with a bias toward me or the Jew?
We will know – or we’ll not – by the end of the day
Who the third antichrist is by which line he’ll tow.

We are living, indeed, in most interesting times
Yet, how many times have folks said that before?
It seems as though we would much like things to end,
But our ending just seems like an ongoing trend
As we nitpick old prophets and texts by the score.
[My Gosh, I do fancy a good verse that rhymes!]