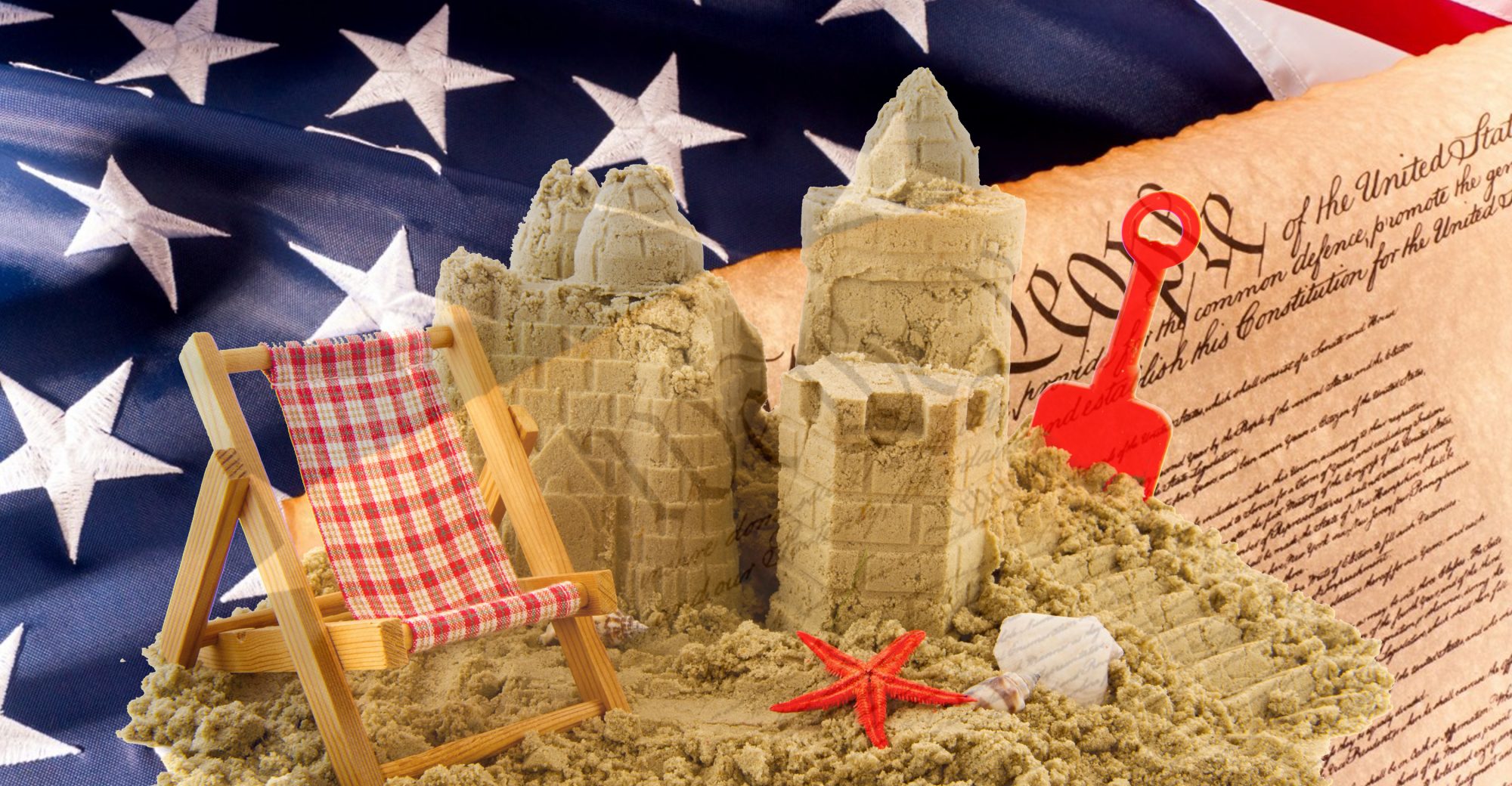 Many flags for one’s tower…? Which power has won
By the will of the ill-minded, drunk in their ways?
Are we slaves to white Arabs, Russian oligarchs
Or some other rogue players who swim with the sharks?
As the tower collapses, the world sings in praise.
Soon the sand heap that cripples the flag will be gone.

One can glance at the grossness of that naked hell.
Greasy food, nasty habits and foolish lifestyle
Filter through the flesh fabric and onto the flag
Reconfigured to serve as fine ditty rag…
But won’t take a fake tower. Bereft is his smile
Of a sense of conviction, but with lies to tell.

Is it too damned divisive to do what is right?
We are at civil war now. What time would work well?
…When the emperor completes his sinister plan?
Why let our lives be linked to the likes of Satan?
These are stupid assed questions. I’m wise to dispel
What may come of that tower. The future seems bright.

Many things have a stupid ass, so it would seem.
Such a worthwhile expression suffices the need
To make sense of a real world become fantasy.
Towers honor the phallus most absolutely.
They won’t stand hard forever nor can they impede
The high tide of refocusing back on the Dream.