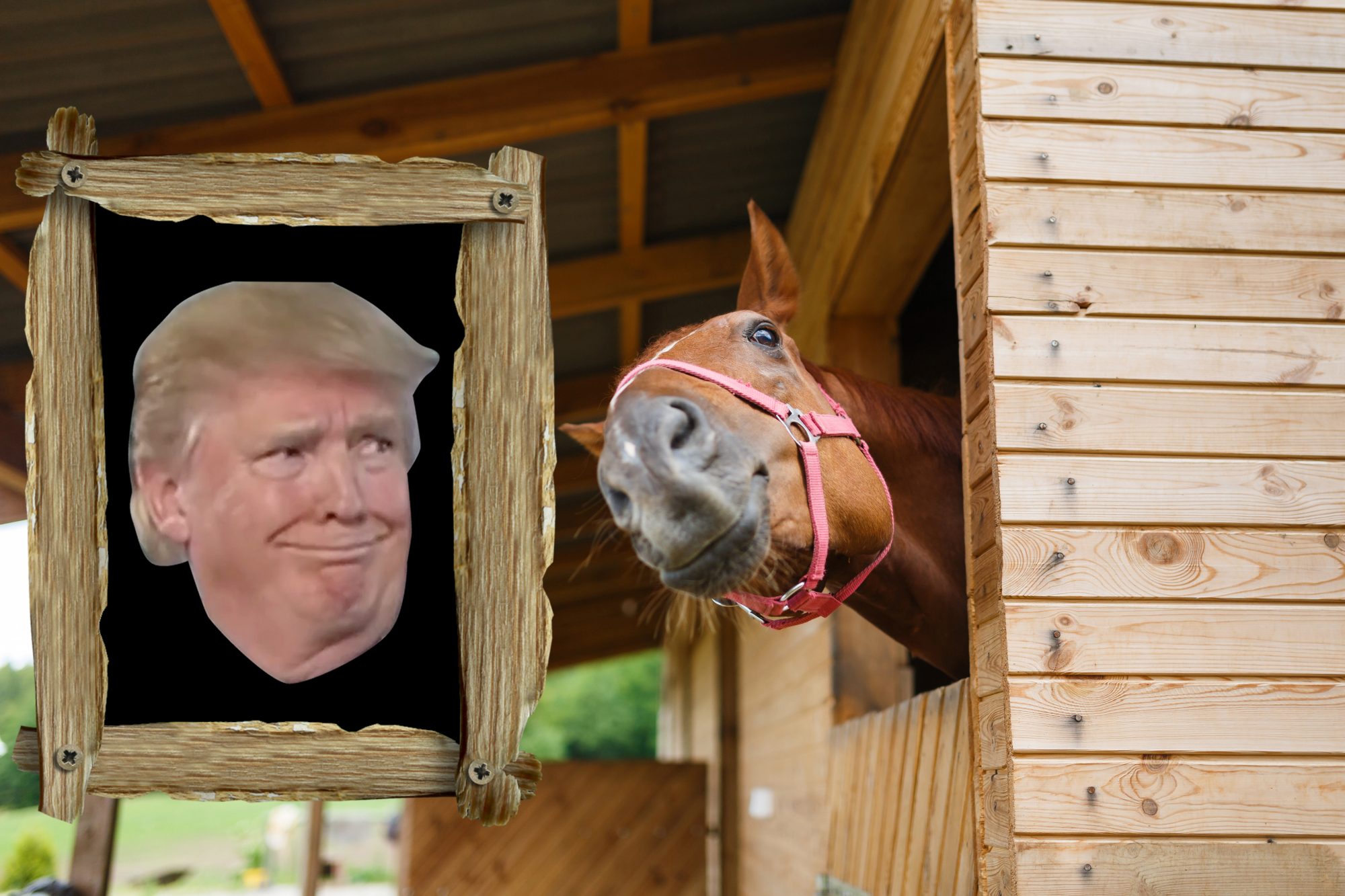 Presidents need a stable? This one must think so.
Does he think that the ‘s’ word begins with a ‘c’?
If a c-table jenius could ever exist,
This one fits that description, though he may insist
That he can play both roles most superlatively.
What the hay may be chewed by is now become show.

He’s the boss of his stable. His berated beasts
Bow in brutal benevolence broad-based in fear.
Commanding them to whinny to will of his whim
Can never be sufficient to pacify him.
While alone in the stable, thought renders austere.
Hay becomes less fulfilling as everyday feasts.

As his soul places women abreast to the mare,
And as ample uprising becomes the world cry,
We may know he’d have made a fine pimp were he black
And brought up in the real world of danger and lack.
Blacks who do become president don’t cheat and lie
To the hoodwinked cult following who’d keep them there.

For the head of a horse’s ass, horse sense is keen
In its handling of stables and sorting manure
From the hay most appropriate for state tv.
Smart is he who can horse around? Let that not be
What the nation must settle for, lest we endure
Leadership by the stupidest ass ever seen.