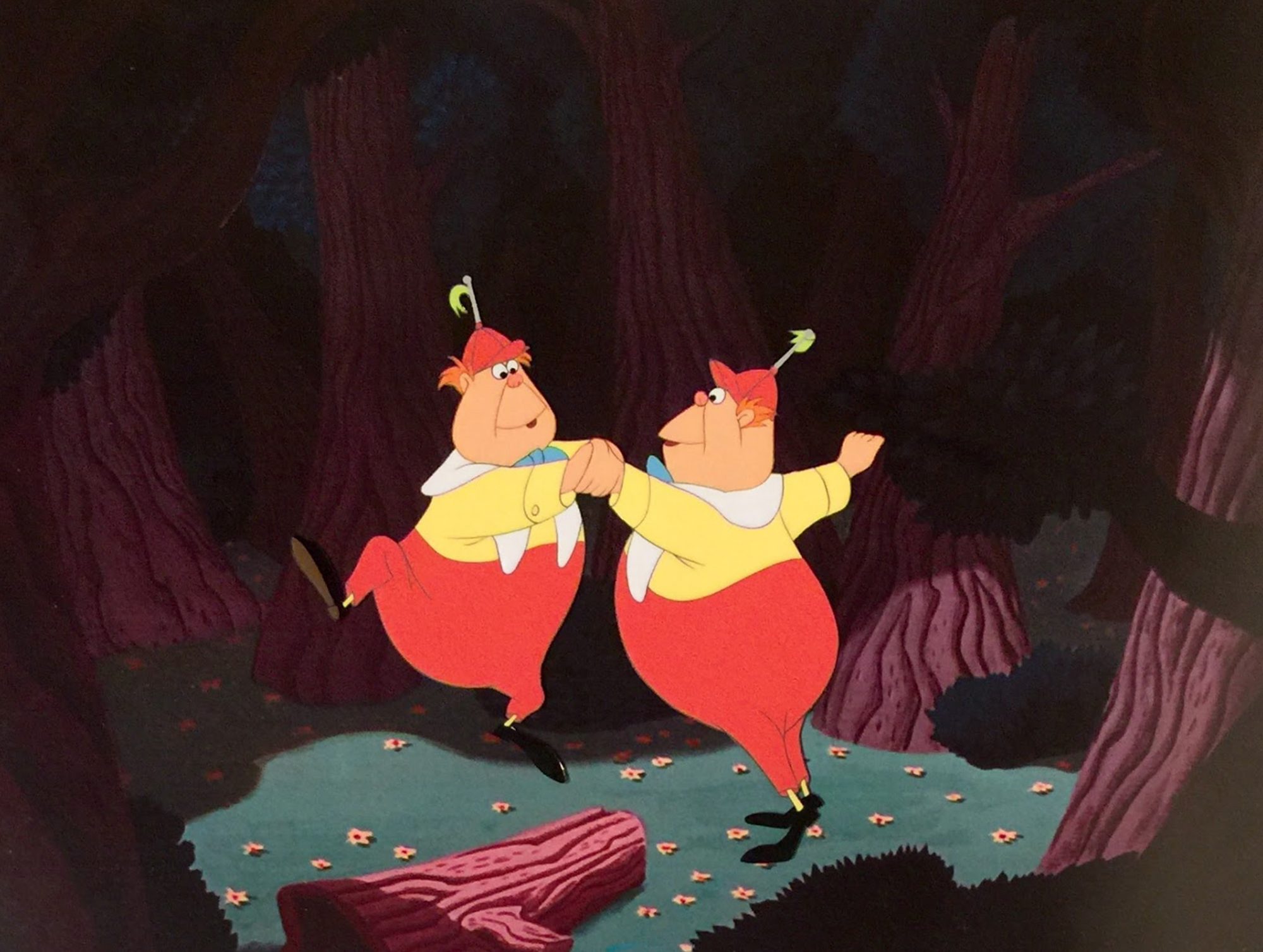 Merry twins dancing gleefully awkward of grace
Can perform for their guests by fulfilling their minds
Need to chase after wild geese that weren’t meant to fly
But to vanish completely. They’ll give it a try
Having been animated by tricks of all kinds.
Existential excitement they’re willing to face.

These imaginative, fun, and expansive two
See delight as a service. Their duty to call
Is sounded almost instantly upon request.
Making life a continuous gamely contest
Between them, among others, and any at all,
Is the way they always come up with something new.

Mundane talk is made pleasant with intricate care.
One can notice that logic has taken a leap
In another direction. Affection is theirs
For those who become trapped in their silly affairs.
As they move about swiftly, they make their horns beep.
Most annoyingly jolly, they’ve too much to share.

Life is made up of stories. The ones that we tell
To others who’ve no choice but to listen in pain
Are the most effective as teachers of free will.
Ain’t it odd that real people have mastered this skill?
Expect not I an answer. It would be insane
As the one who is asking knows perfectly well.