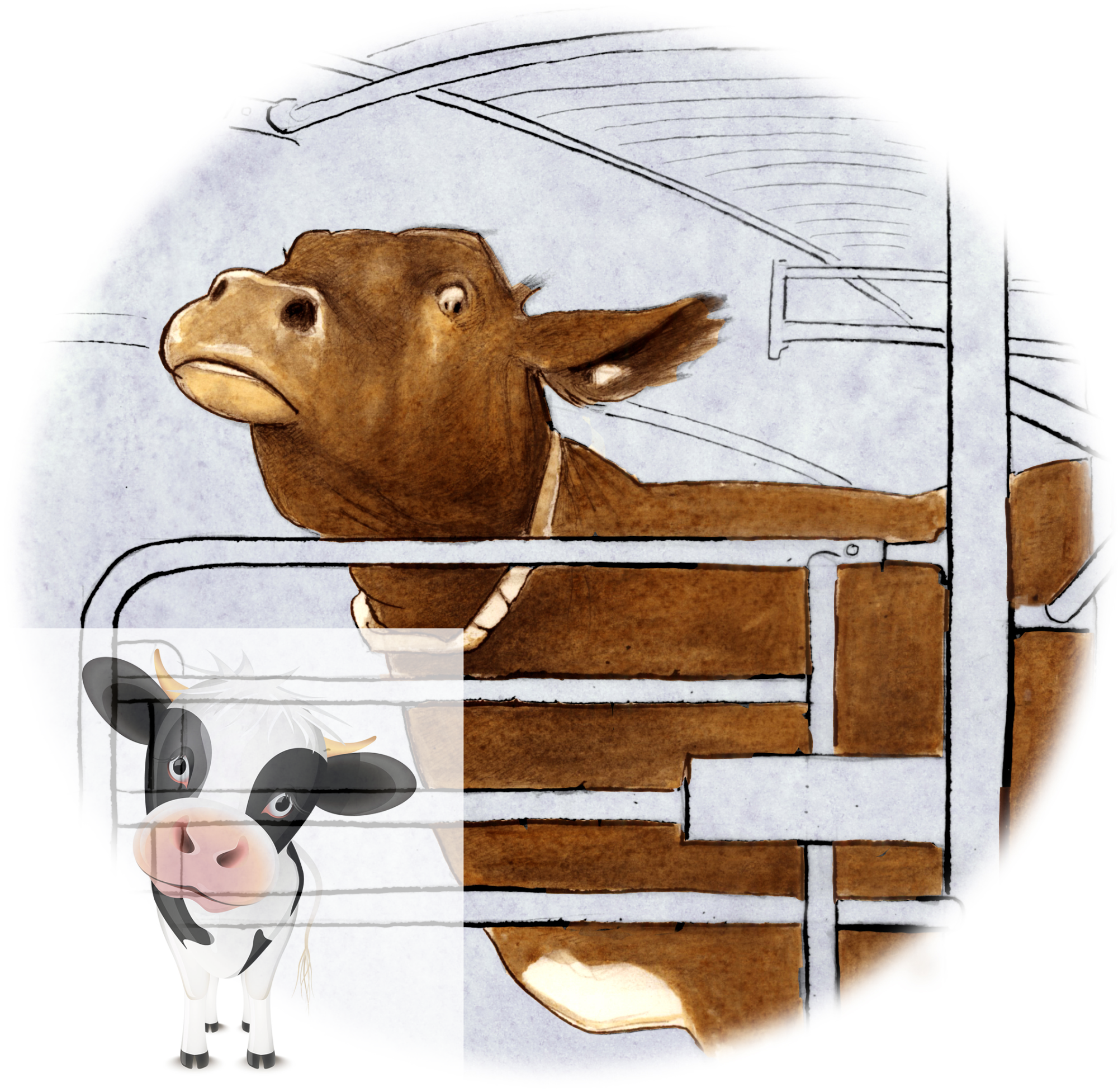 Please don’t stare at me, there, with that stupid look.
Say you want me to moo just for shits and why not’s?
I don’t play that no more; I’ve an attitude now.
Life seems big on the bull for the average brown cow.
That’s what happens in nature when man calls the shots
As he claims to the world that he plays by the book.

My own prodigal son… I won’t see him again.
That’s because fate would have it some runaway brat
Tried to handle the bull in the world on his own
He returned beat and broken and bummed to the bone
But the dad said, “Go find that young calf that is fat
And kill the poor bastard. We’ll celebrate then.”

So every time some young jerk takes a stroll
Then runs back to daddy with tail between leg
Some unfortunate calf whom had thought life was grand
Is led to the chopping block all as preplanned.
It would seem clear to me there’s a pardon to beg
‘Cause you runaway rug rats are out of control!