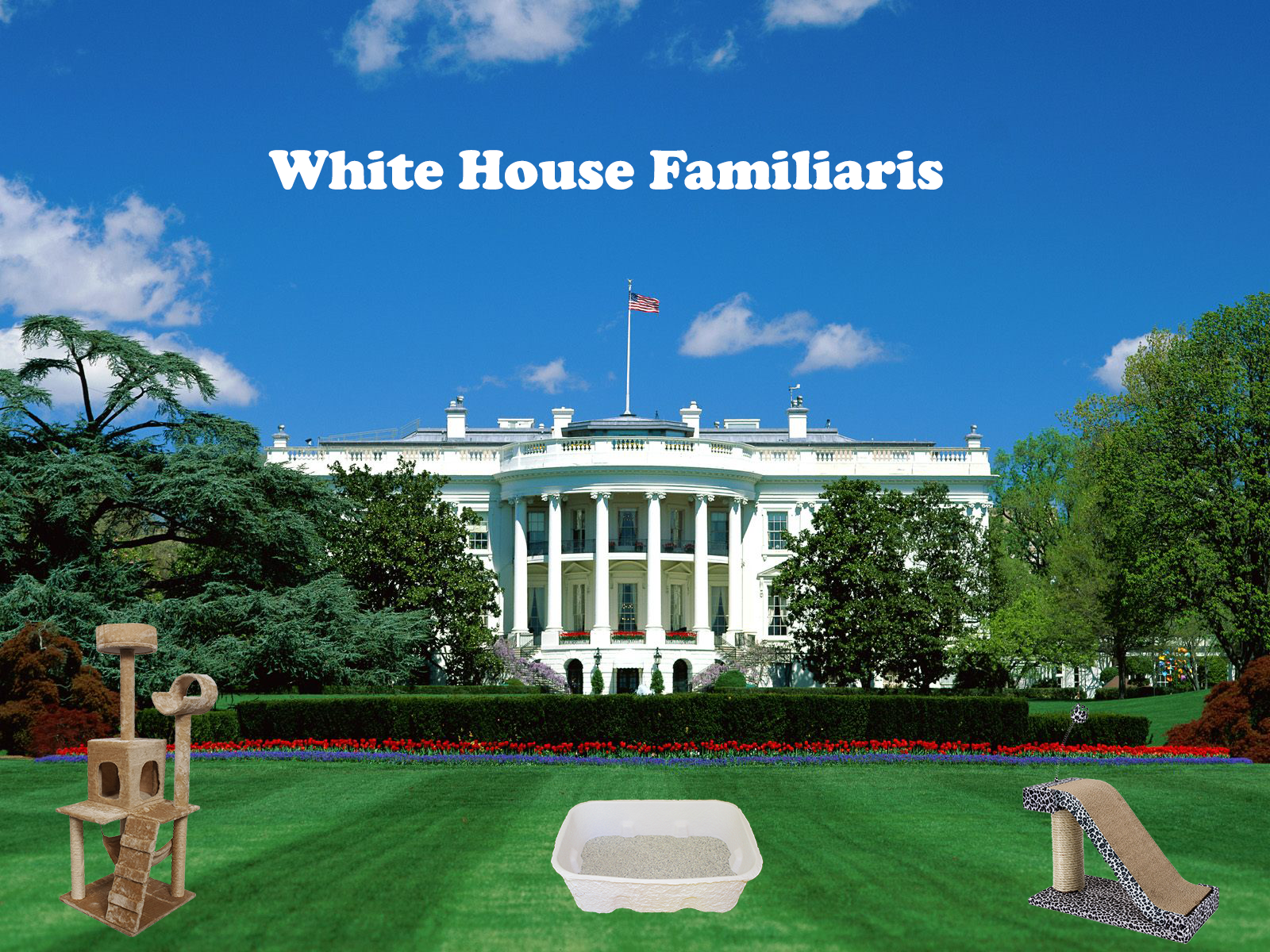 There’s a House that some families make home for a while
In a city that’s known to be contra A.C.
Within it a chain of male cats have held reign,
But the smell of the place does drive folks to complain.
Does anyone know what the hell it could be?
There are nothing but Cats there, and they don’t defile.

Yet, claw marks on furniture are most telltale.
Random rips in the fabric were missed by the crew
Who make sure the place glows and that it smells clean
For the next worthy, tom-catted purring machine.
So still that damned smell comes up out of the blue
And the people, downwind, become ripe to assail.

In the Oval Office, the smell’s still pretty rank
Though an atomized mist of a fragrance did work.
It had done so ‘til now, but the smell has returned.
Now it seems that both candidates’ voices are spurned.
So being a woman is NOT such a perk.
Since she married a Tomcat, she has him to thank!