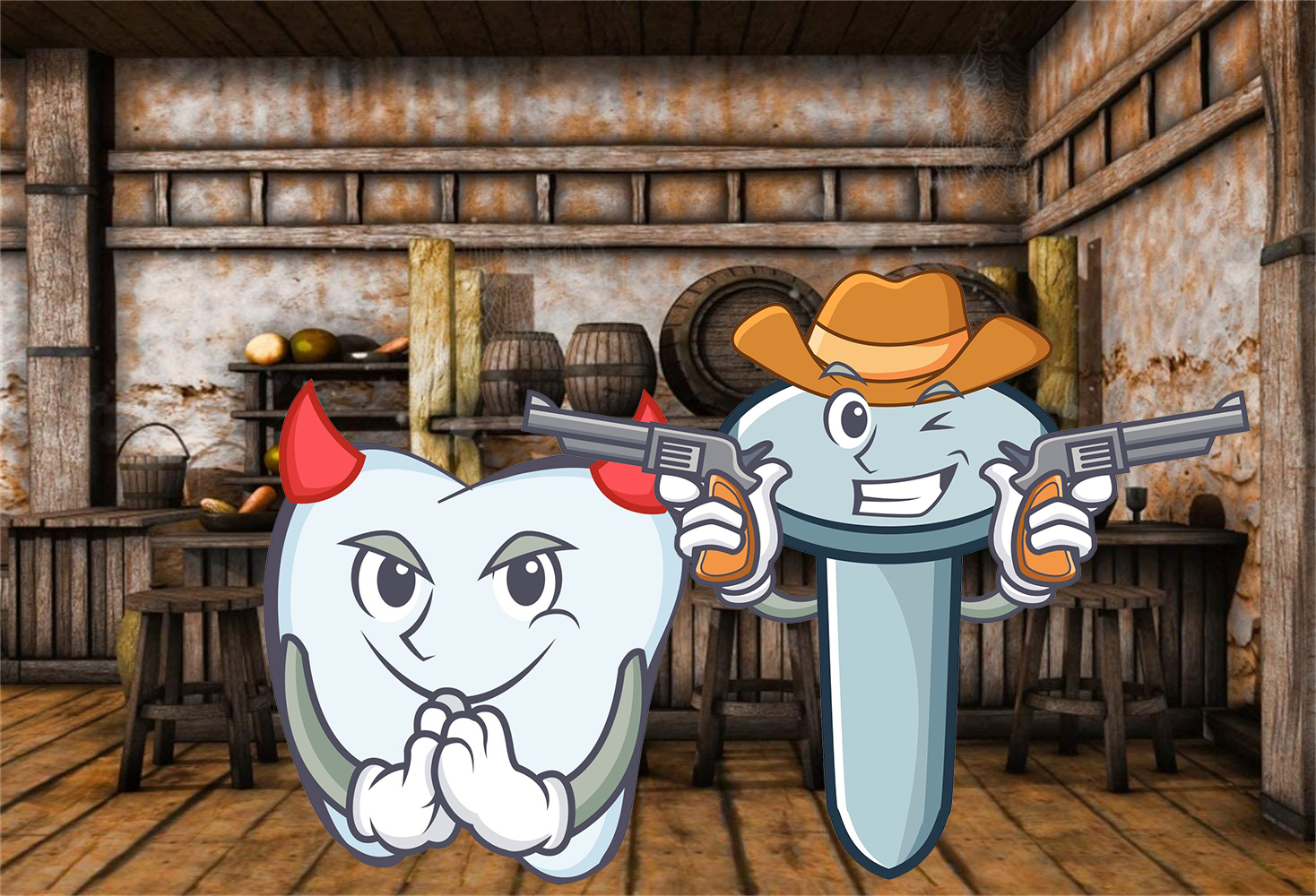 Couples come in varieties strange and bizarre.
Tooth And Nail are an odd one, evil and deadly.
Anyone who would fight them must have balls of lead…
Or perhaps there’s a cotter pin loose in the head
Of the foolish one hellbent embarrassingly
To take on such a duo, as daft as they are.

Now, Miss Tooth can be itchy, but with a big ‘B.’
This madame of mendacity speaks through her roots
That are deeply embedded in clandestine ways
Of creating catastrophe. She earns the praise
Of her flathead accomplice whose pistols he shoots
Like his masculine motormouth – aggressively.

Mr. Nail is a character man machine made.
His rock hard heart’s desire is to be driven home
Into some structured substance where he would then stay
With his sweet tooth nearby him, the old fashioned way.
To be caught in a fight with them is a syndrome
Of extreme consternation and hard karma paid.

Tooth And Nail – Do avoid them whatever the cost.
If by chance you engage them, know that you won’t win.
They’re the masters of trickery and pure nonsense.
If there isn’t a choice, then the proper offense
Is a blast from the back end served with a big grin.
With a strange sense of humor, one rarely is lost.