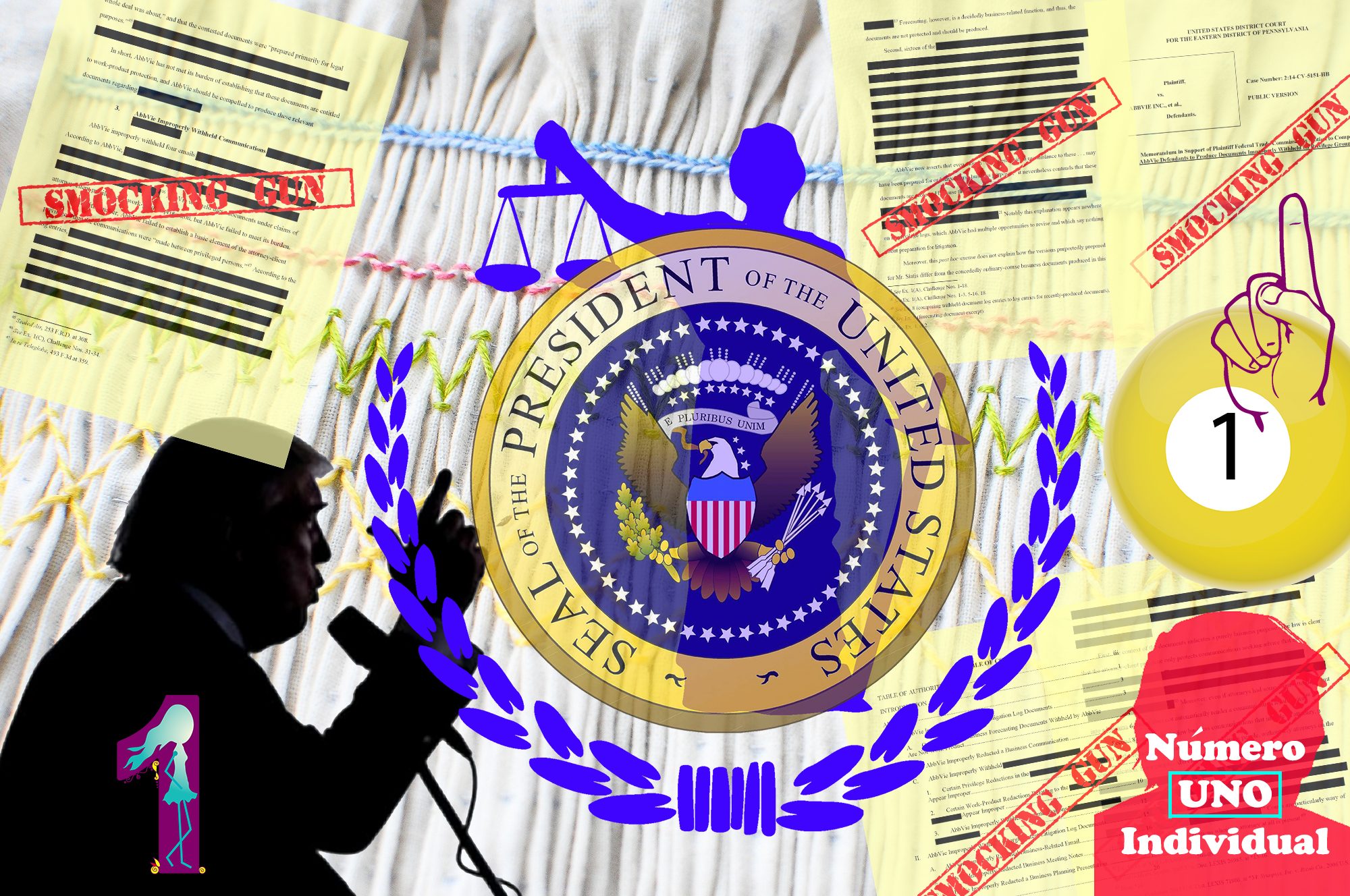 What’s a Smocking FIOTUS? It’s part of a clue
Like the tip of an iceberg or piece of a thread
Or a small flaming asshole that sparks a swamp fire.
An adult who is literate he may require
As his tweets get more feeble, perhaps due to dread
Of the onslaught of justice about to come due.

To be First Individual of the US
Is to be in delusion. The truth, as it were,
Is a menace that one can conveniently cast
By the wayside in favor of gains ill-amassed.
There’s a torrent of ‘Smock’ that he will not deter.
He’ll sink deeper in lunacy and not confess.

What comes out of a gun made of smocking, pray tell?
Perhaps Freudian imagery patterned by way
Of connected soiled fabric laid out in plain view
For a pissed off electorate as if on cue.
To the First Individual, people are prey.
All are prepared as ever for the next bombshell.