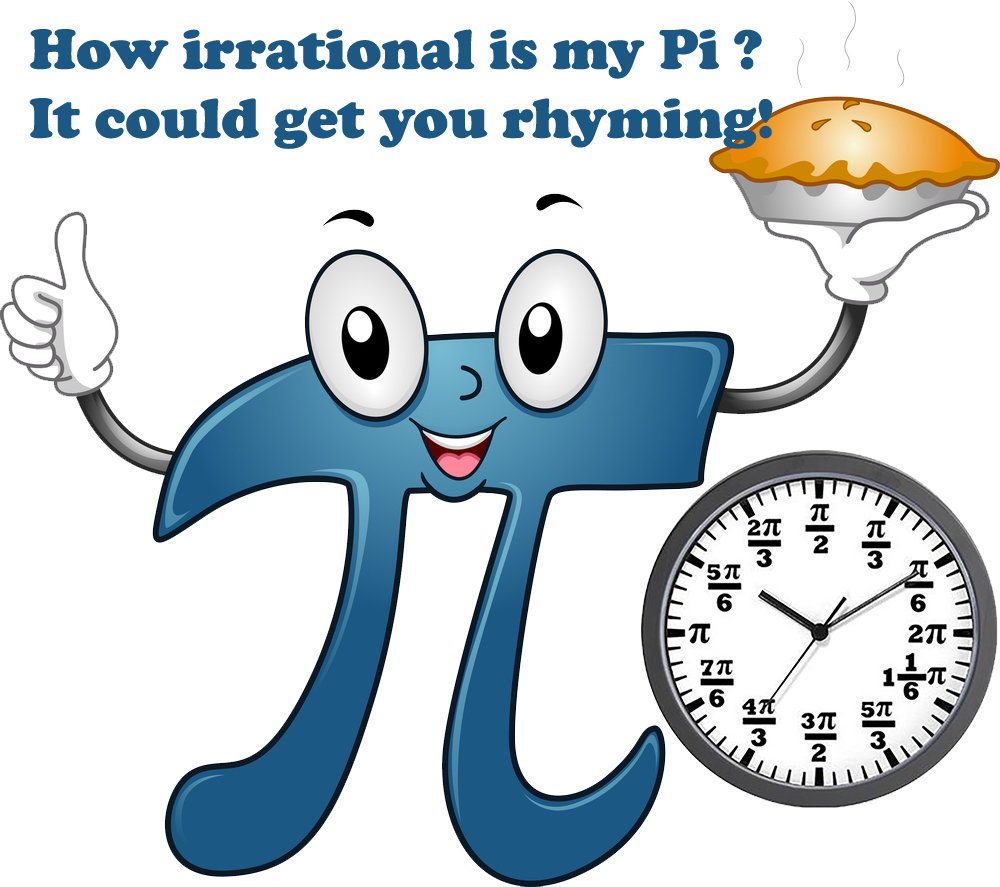 It’s about time a fool might wonder why
People chose the numerals one through twelve.
Yet the answer comes clear if one doesn’t research.
As the cuckoo bird beams from its house to its perch
Tweeting each hour’s chime, there comes reason to delve
Into possible use of that weird number Pi.

Folks have done this before, so it ain’t nothing new.
I’m no math geek, but this strange faced clock is a trip!
Its circumference empatterned with all versions of Pi
No one could be more bedazzled than I
Would the bonging, then tweeting, its character strip?
What mind would come up with this out of the blue?

A circuit is three hundred sixty degrees
And equals twelve hours sliced up in a way
That puts Pi on a pedestal where it may find pride
As to how to tell time with it’s hard to decide.
When it’s four Pi over three should I then start my day
Or perhaps two Pi after, to begin it with ease?