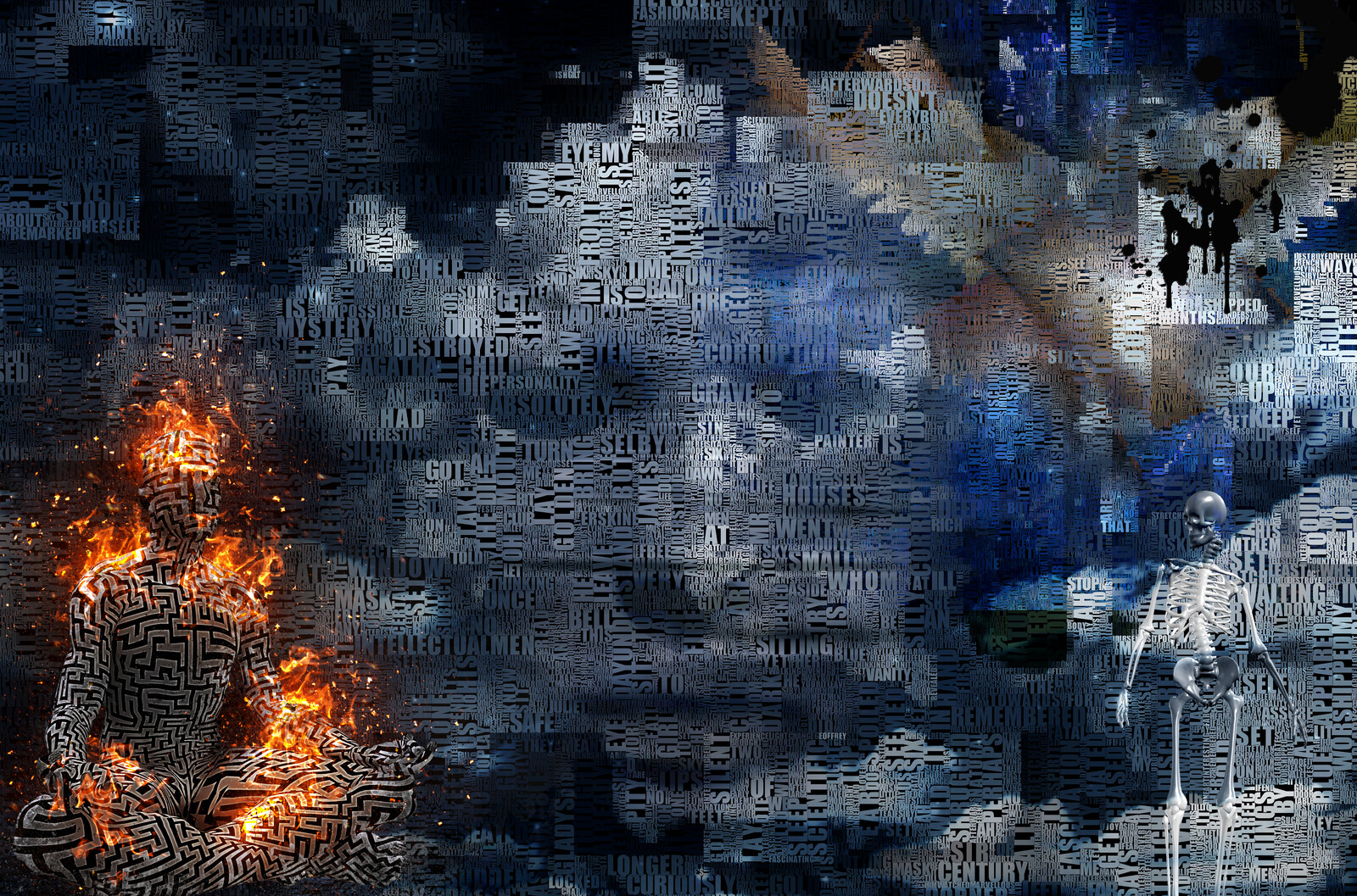 Predetermined is the exact moment of death.
I can’t leave this earth one single moment before
Nor an instant beyond the time I’m allotted.
What is not set how that I will end up dead.
I must know my surrender is the open door
Through which ego is deprived of its dying breath.

That which I know as myself and separate from
All else that must exist must be nonexistent.
It is only then that knowingness can come through.
To give up my person is a hard thing to do.
I survive by the providence of blind consent
Of forces of divinity. I must succumb.

My persona is not the essence and the source
Of affirmative consciousness given as me.
Rather it’s a well-constructed survival tool.
It behaves well mostly, but it can act the fool –
Something my true self tolerates to some degree,
For it knows not of judgment or will to enforce.

Ego death is the only death that can occur
Since the true self is selfless in every respect.
When it dies, the ego’s agony is but brief.
What is left after grieving is profound relief
From the weight of existence – the need to protect
My assumed personality and saboteur.

When Denahi’s first seen as an old and wise man
Telling stories to young ones, he is as he was
Until death claimed his brother. Good-natured was he.
Most determined and loving, He’d joke playfully.
His innate sense of humor did not take a pause.
He was one happy camper at one with his clan.

The demise of one brother brought on by a bear
Took a toll on his character. He became mean
And ruthless in demeanor. Vengeance was his goal.
In his bitter pursuit he became a dark soul.
His descent into madness was slow and obscene.
Anger grows into hatred and utter despair.

What had happened was this bear, provoked to a fight,
Killed the brother in anger. Indeed self-defense
Was the motive the bear had. The one who had died,
Now from spirit the sibling was able to guide
Denahi to some semblance of having some sense…
Not at first, but he used some spiritual might.

Turning brother to bear, what the spirit had done
Was to teach a firm lesson about forgiveness.
Animals are shamanic as brave people are.
The return to one’s old self is now a memoir.
Brother bears are not obvious… that is unless
One transcends dark emotion. Then peace has begun.