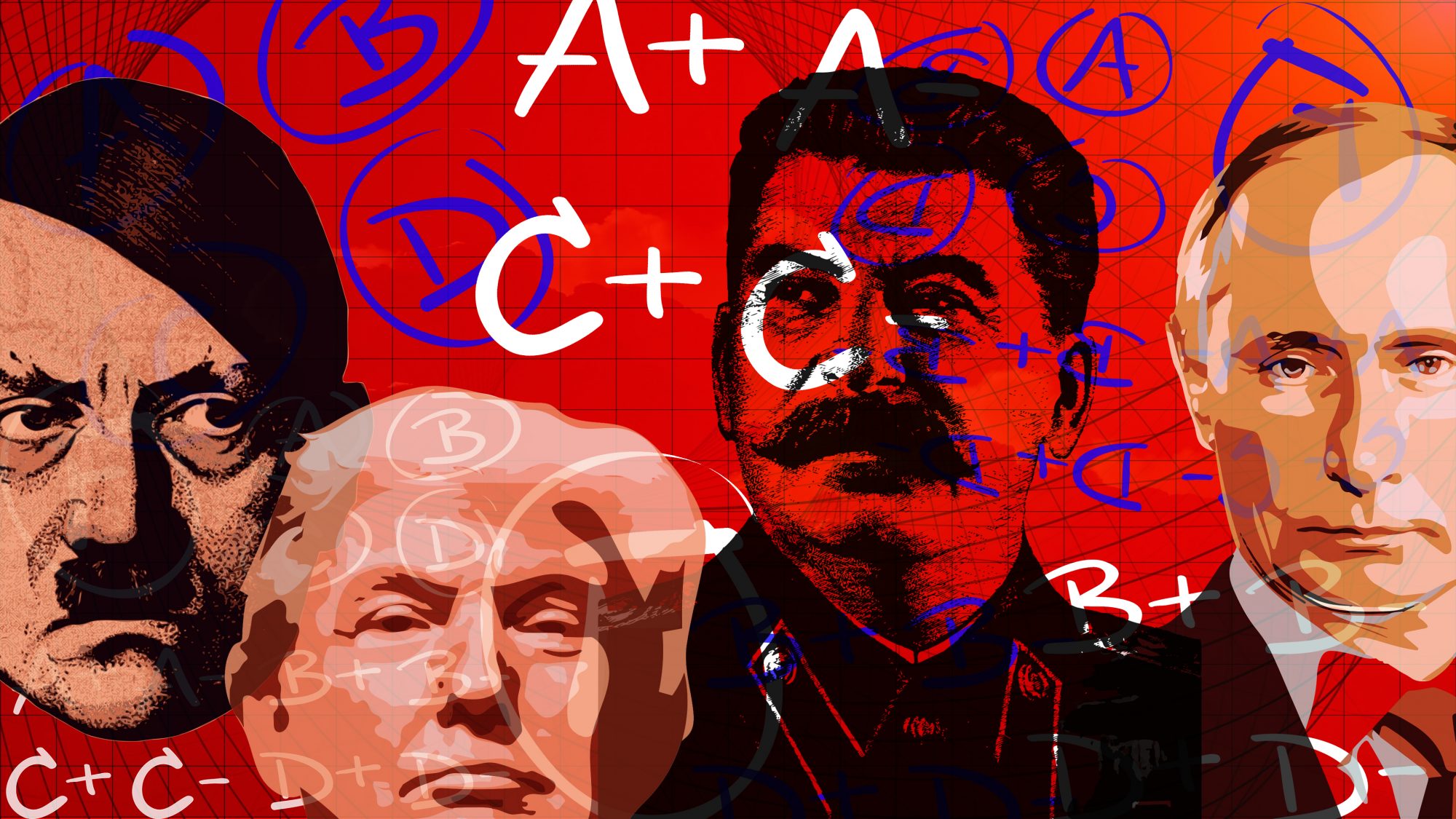 As a child, I did poorly in history class.
I was more into numbers and things that made sense…
Not Political Science. Those words are at odds.
We think that our behavior is that of our gods.
Had I studied the arts, wealth would now be immense.
Oddly, as it’s turned out, I’ve become a smart ass.

But at least I’m a good one… Perhaps of the best.
This should not be about me, but it’s a good start.
It’s about being graded for how one performs
As the devil – a despot demeaning all norms.
The one who’s been ‘elected’ does have a dark heart
But due to his stupidity, he fails the test.

His con game is a lame one. He won’t even try,
At this point in his losing, to act the damned part
In a convincing manner. I grade him piss poor.
And since I’m a fine smart ass, this settles my score.
One might guess that low energy plagues the old fart.
That he does even bad badly should make him cry.