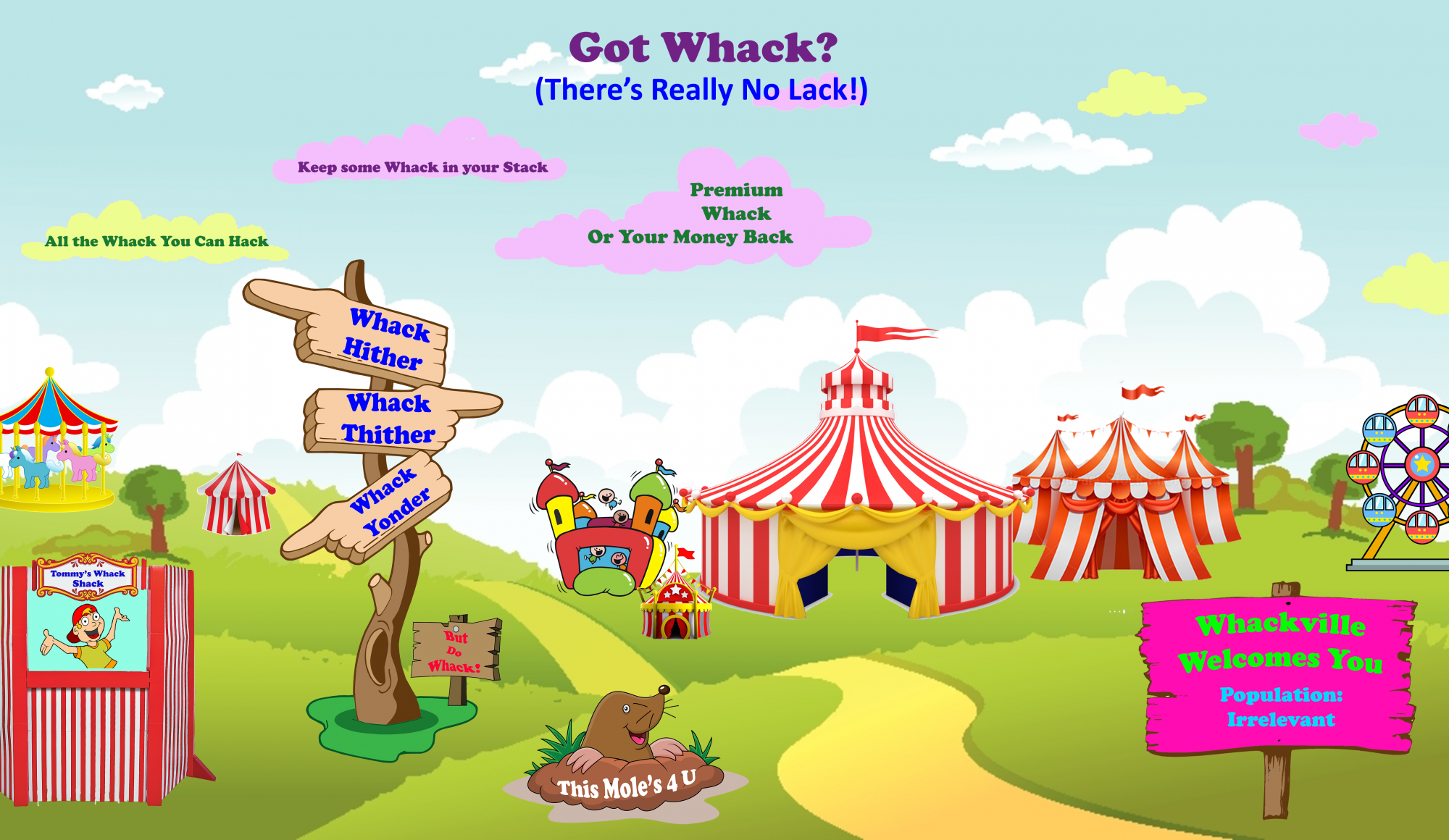 Pick a noun – any noun, ‘doesn’t matter which one.
If it’s whack that it’s lacking, know where to get some.
There’s a town that has oodles – an infinite source.
It’s an attitude bred in the psyche, of course,
Not an actual place that’s devoid of scum.
If your thing’s out of whack, go to Whackville for fun!

There’s a drought on abundance?  Well, how would one know?
By lack of accessories on shopping carts claimed?
Or maybe by facts hocked and spit on the street
For beggars to stare at while trying to eat…
Can I eat with the homeless and not feel ashamed?
Something seems out of whack; that’s the reason to go

To Whackville intent to cop copious supplies
Of the purest, most wholesome whack under the sun.
From there, I can see there is nothing amiss.
Every actor on stage knows to strut into bliss.
When returning from Whackville, my task is near done.
Spreading whack, I’ll lift spirits and roll a few eyes.