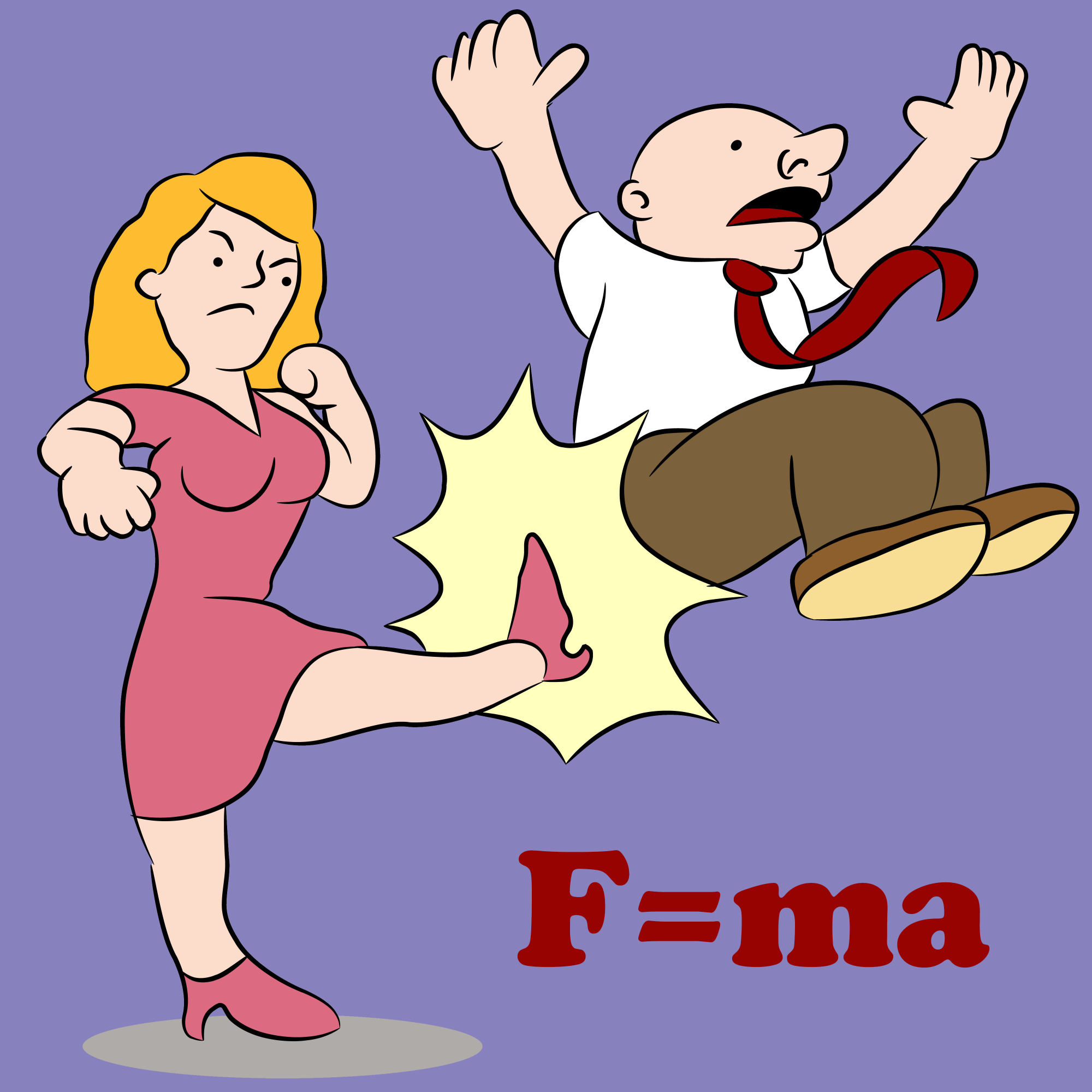 A body in motion continues to move
Through time and through space with the greatest of ease.
Any force it encounters along its way
Will disturb its trajectory for interplay
Of forces combining with each other’s seize.
This law is simple and not much to prove.

A body forced will traverse a straight line.
The more force applied, the more movement is caused
Toward the same direction, in direct relation
And inverse to body mass by calculation.
If this law weren’t obeyed, then our lives would be paused.
When forced, we’d stay put as if tied fast with twine.

For every action that’s ever committed
An equal and opposite act is in place.
The forces in life are all found grouped in pairs.
The mirror, thus mirrored, in wonder one stares.
When all opposition surrenders in grace
In another dimension we’ll all be admitted.