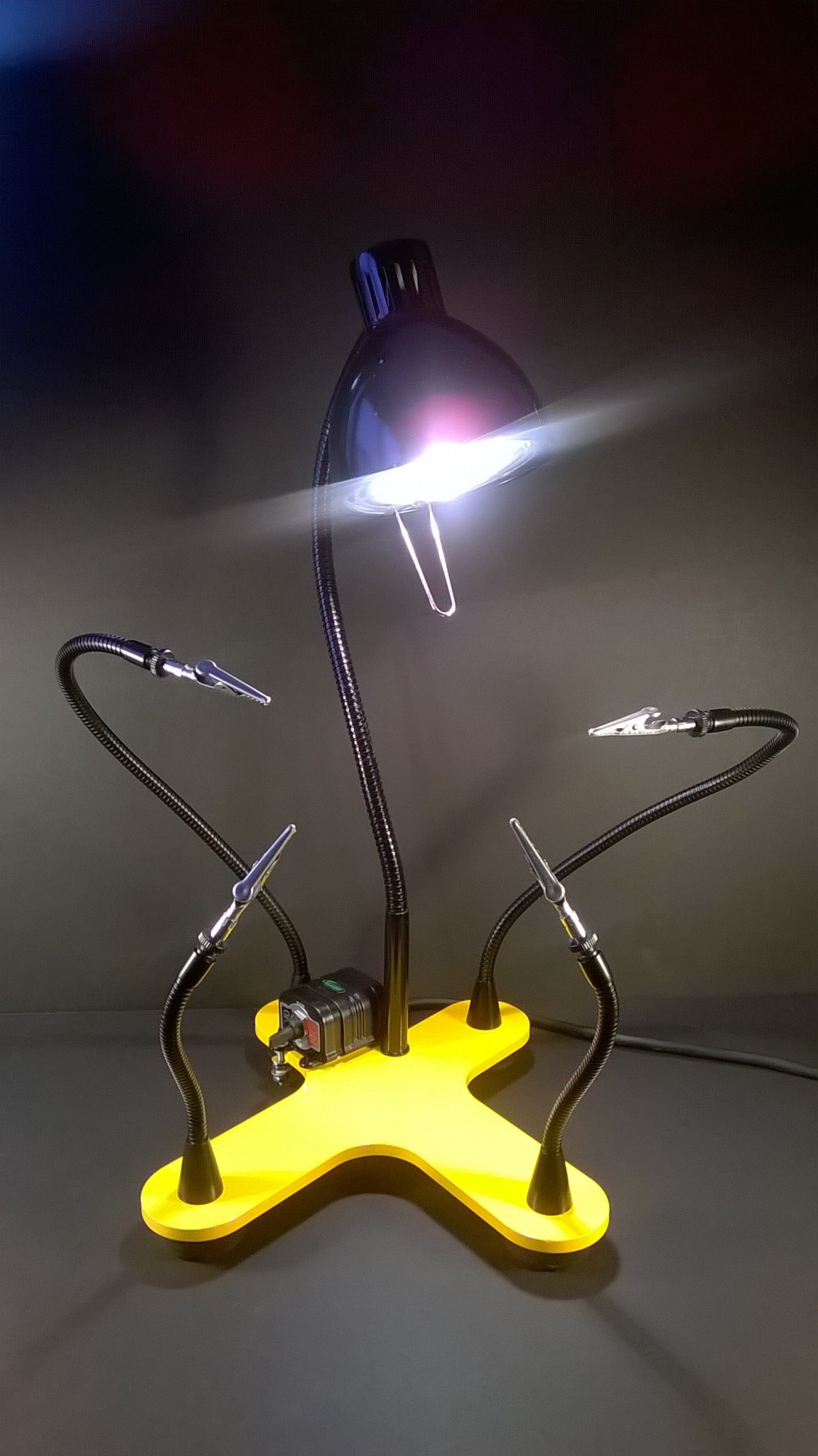 The mind and the hand form a monster today.
It is one of a multiple birth that occurred
Over the half past fifty some hours.
With nipples erect never mind baby showers.
This infant is from one’s own consciousness spurred
By way of the will in the wake of the way.

Those Broncos did win though I wasn’t aware.
I was heavy in labor creating a thing
To offer me love so that I in return
Will show it some pride for which it does yearn.
So here and now I do make its heart sing
By posting its form over digitized air.

So, it’s not all that much; it’s a base with some taste
In its choice of color and flexible arms.
I just added a lamp and a switch on for size.
Who’d have thought I was pregnant? Gee, what a surprise!
This new baby of mine is a gem as it charms
The small boy in me who’s yet practiced and paced.