If the whole universe came to be in the past,
It was now then and still is the same as right now.
Every now is one moment wherein we partake
Of the fullness it offers. One’s soul comes awake
By this knowledge most fruitful. One need but allow
Everything that is present to forever last.

Transformation of human consciousness by means
That involve meditation are frustrated by
Believing that I by myself can bring about
States of ultimate knowing while harboring doubt.
Competition among others must signify
Shallowness in one’s motives and mundane routines.

All existence is still beginning presently.
Now trails off like the wake of a ship as it fades
Into what is called past and swiftly disappears.
I must honor the call to relinquish my fears,
Ill perceived mis-conclusions, and awful tirades,
And attend to what is now and ever shall be.

There’s no other beginning point. Right now is it!
Past and future are present and only exist
In the conscious awareness that only now holds.
This moment is the starting point where life unfolds.
No longer a poor stranger afraid and dismissed,
I am born in this moment as I recommit. 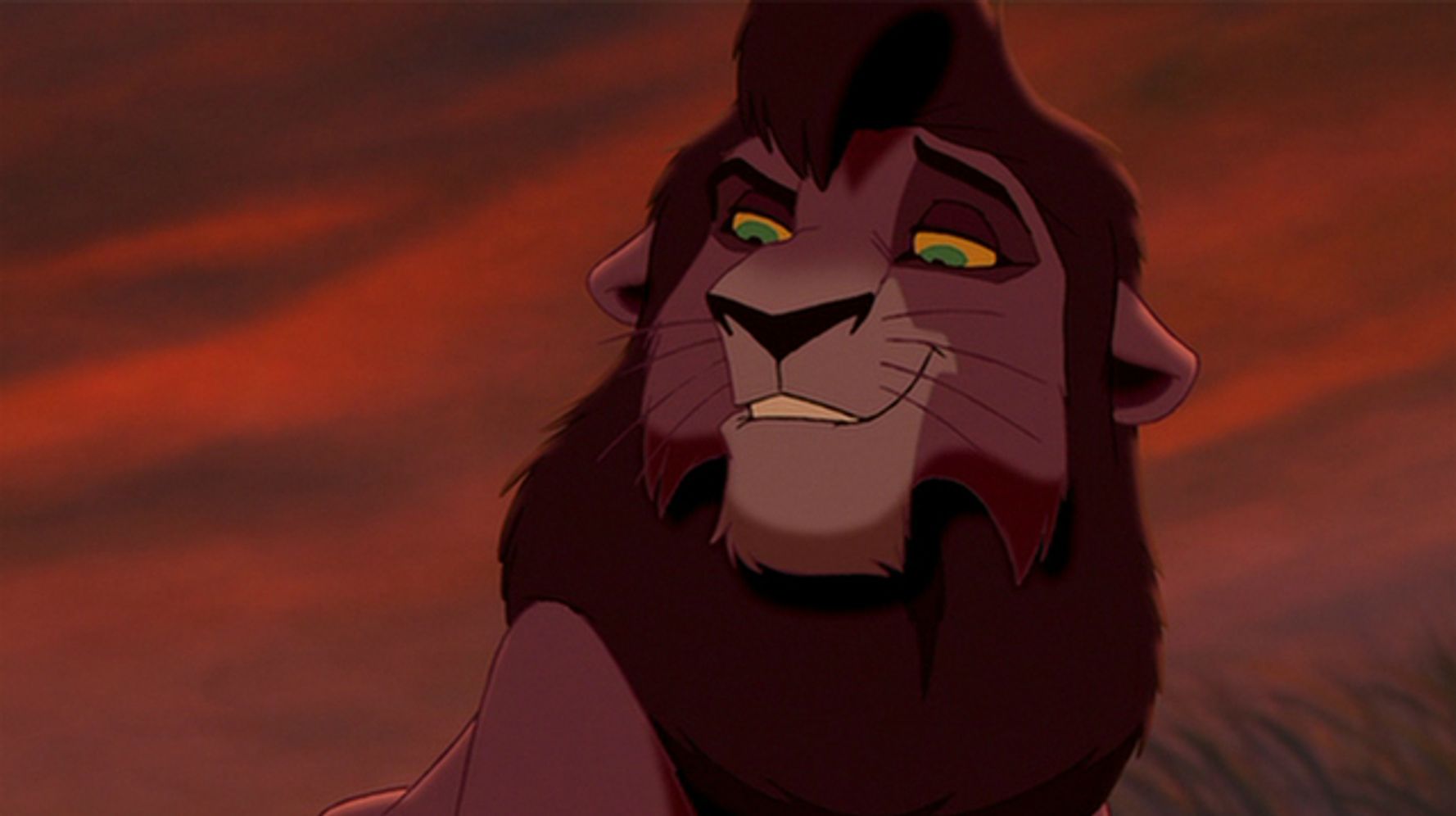 Loyalties, though conflicting, won’t chase him away.
He will stay and face consequences without fear.
Arising above dark situations, he shows
His heroic commitment. Most everyone knows
He is ardent and playful with those who are dear.
With devotion through peril he does save the day.

Somewhat crude and aggressive, his challenges are
Gruff but with certain innocence, therefore benign.
Cockiness is an issue. He likes to show off
His fine physical skills to which others may scoff.
The diamond in the making now rough will be fine
Because good times and laughter do make him a star.

Striving hard to please others, he shows little shame.
When his mother is present he is submissive
Which provides healthy balance to his rougher side.
His fate he must determine with courage and pride.
Habits of rude behavior are hard to forgive
Unless there’s a good chance that his nature will tame.

What it takes is a lioness to round him out
And evoke the compassion and deepness of heart
Of the beast of the badlands. Homecoming is sweet
Among those who once scorned him. Now they warmly greet
He who is one of their own. It is a fresh start
To an ongoing story. There is little doubt.

Loving spoonfuls of wonder, a blanket of snow
Unexpectedly ushering fun and delight,
And a childlike excitement are right for this day.
I may just bundle up and then go out and play.
Let the new year be subtle yet sunny and bright.
What the past has to offer I don’t need to know.

It’s A Day For A Daydream to last through the year –
One that I create each moment I choose to be
Receptive to the nature of all that takes place
In a world made magnificent. Our human race
Is both symptom and cure for its insanity.
All the newness I’m feeling is not tied to fear.

I have work that I must do… much of it mundane
With some fruitful forgetting and more yet to learn.
Each moment is the starting point of the release
Of life spent and the welcoming in of new peace.
How I live for this day is my only concern.
What has not come awake is my urge to complain.

Hopefulness is the pleasure of provident grace.
Reassures me it does that at least I exist
Right along with the space and the things around me.
I reach out in true blindness but contentedly.
In the long run there’s nothing of life that I’ve missed
So this day made forever is all I embrace.

Were I given a lap dance, what price would I pay
For behavior expected as I cast my vote?
Severe cost to my self-respect I would predict
When I came to my senses and find I’d been tricked
By the sleaze from a parlor. The morals remote
Of the rabid street walkers do wellness betray.

This is not a new normal – this way that things seem
Where illusion in partying ragged and hard
Against all human decency passes for real
For a stinking trick longer. Throughout the ordeal,
Knowing streets will come clean again, can I be barred
From the shame of existence within the dank dream?

People make bad decisions. No one is immune.
Fortunate are the ones who can learn from mistakes.
Leadership comes with much responsibility.
When the latter is ignored, The People can see
Would-be pimps in high office as impotent flakes
In the animation of an adult cartoon.

Walks Of Shame will turn nasty as all play their parts
In this skittish reality. Strutting what stuff
That can get a reaction, loose losers walk wild
With intent to harm others in ways most reviled.
When there are consequences to calling their bluff,
Times Of Ending we’ll know as the keys to new starts.

Energies of attraction are of many kinds.
Norths and south poles of magnets are one example
Demonstrating connecting, opposing forces.
I am of the right mind to explore what this says
Of the vibes among people. Direct is the pull
Among those of one species by nature’s guidelines.

The waves, though they’re invisible, have an effect
That is seen in reality strict to the law.
Poles and souls that are unlike are made to attract.
With much to give each other, the pair form a pact
That is not always pleasant and absent of flaw.
Lessons taught to each other command soul respect.

Of the wavelengths and frequencies sent and received
Among all who, alive now, create the force field
Of the planet magnetic in so many ways,
Those of peace and enlightenment will create rays
Radiant with abundance. The hope to be healed
Of hateful hysteresis is better believed.

Also seen as electrons, our paths well-defined
On the substrate of sameness contingent to earth,
We traverse the same circuits to potential high
Then return to earth ground where, in essence, we die…
To re-enter the cycle upon a new birth.
To think in such a manner I’m deeply inclined. 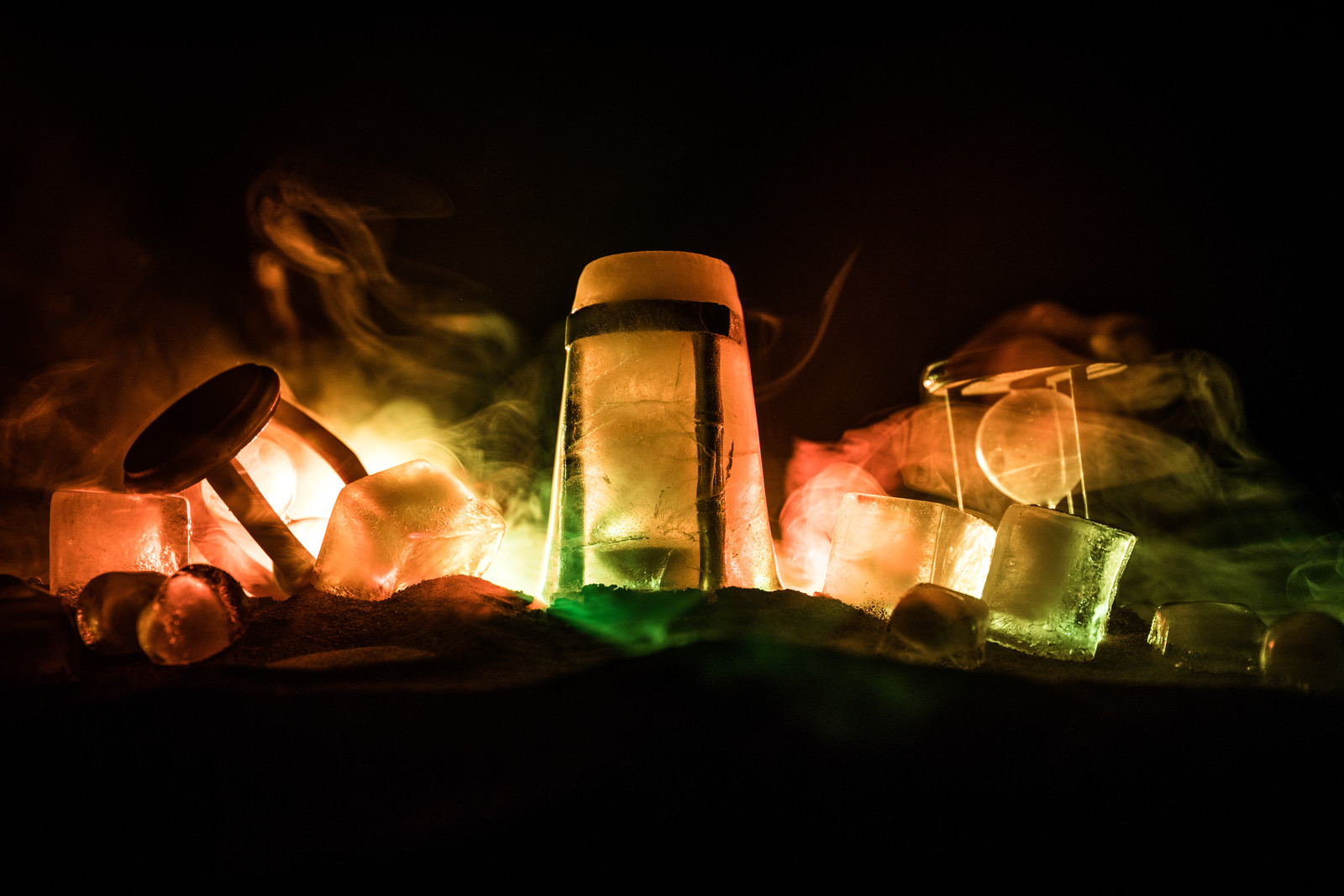 Starting out with a huge dump, this day has been great!
Fecal matter seemed to come from out of nowhere
And it happened not once or twice but indeed three.
How on earth did all this crap get inside of me?
What had been digesting for four years was in there.
I feel much like a new man. It was worth the wait.

This is good information I’m willing to share
Believing it’s not too much to gross people out.
I’ve a new sense of freedom in all that I feel
Since the nightmare is over I can with much zeal
Lose the waste I’ve collected. I have little doubt
That my joy won’t offend folk. You need be aware.

The earth has a completeness. There was a black hole
At the center of consciousness pulling all in.
With no means of escape for the revealing light
Darkness had become normal as wrong became right.
Light is now shown upon us so we may begin
Taking back our wellbeing and blessing our soul.

Already people are showing signs of relief.
The unrighteous disease is now reversing course
Making way for fresh symptoms of total world health.
Governance with the heart is the key to our wealth.
Our digestive hygiene our leaders will endorse.
The good health of our nation to them will be chief. 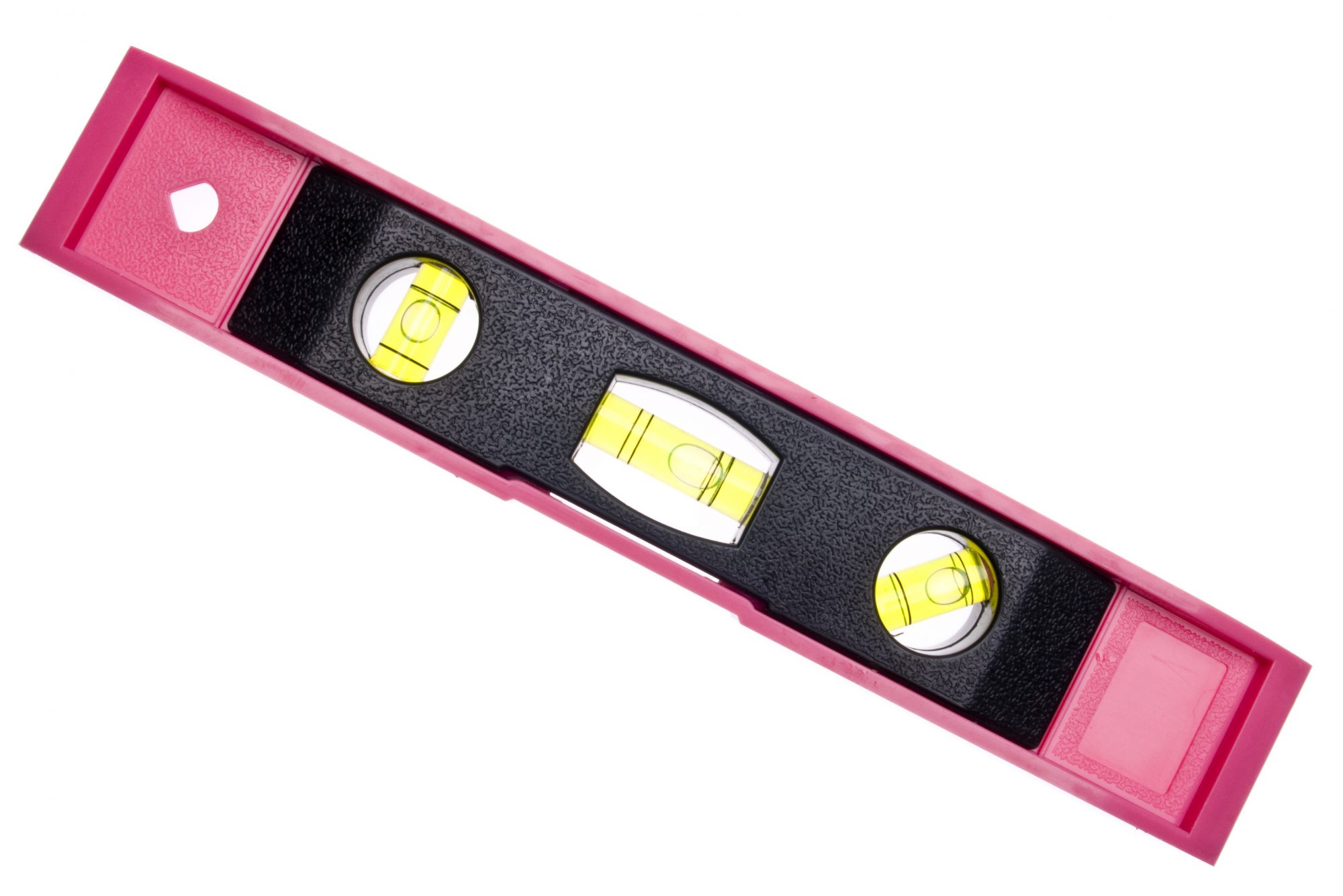 Simple horizontality can get perverse.
Logic dictates that from left to right we must read.
We are taught that perpendicular to the ground
Is the vertical axis where success is found
To be all that there is to life. Now what we need
Is a change in perception to undo the curse.

Remedies are like assholes in need of repair
From incessant abuse from all powers that be
For the same crap that evil uses to entice
Human souls into darkness all for the right price.
Healing can be accomplished. But can we agree
Not to disagree hatefully? Or is this rare?

Emotions become rattled. Each day passes by
With no change to the nightmare nor to the disease
Eating us as a nation. We’re at this again.
Civil war ideation among deranged men
Is a resident terror that everyone sees
As a recurring pattern. The question is, Why?

But the answer is deeper. We have not the tools
For the faulty machinery between our ears
And throughout our brief history – Even before…
Who knows when the shit started? Need we go to war
And just get it all over with? It is our fears
That perpetuate evil. Indeed we are fools. 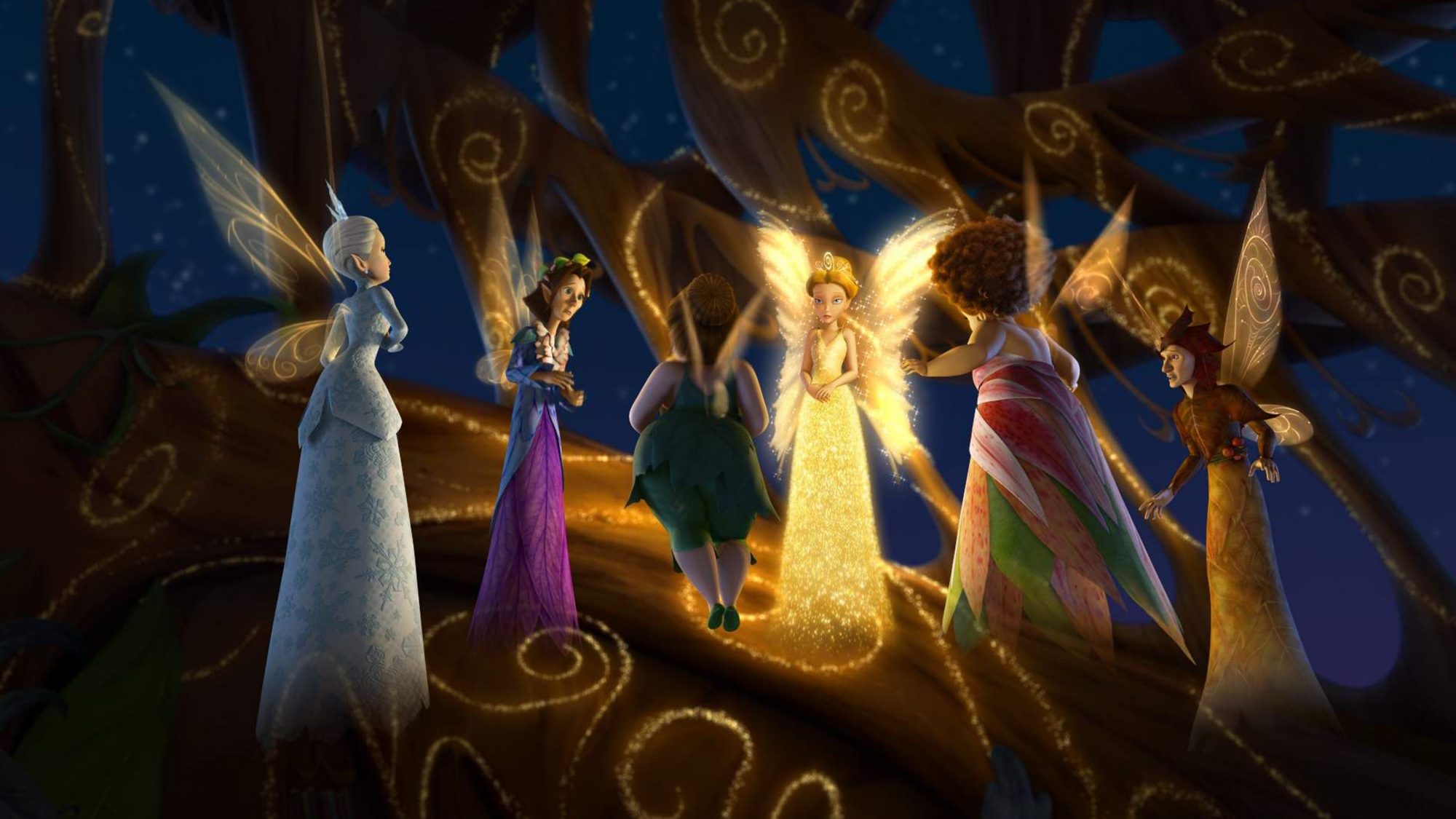 Antidotes to reality often are wild
When born out of frustration and utter despair.
Ever lethal the potency some would advise
In a world cursed by fear and the right to despise
To its full heart’s content. It’s a constant affair.
Others choose to revert to the mind of a child.

Someone wise and approachable yet pure of heart,
Who’s devoted and loving is quite a far leap
From a threshold uncertain beyond all belief
Into counter delusion to find some relief
From the ongoing nightmare where we are the sheep
To be counted, then slaughtered as we all take part.

One’s reliance on fairies in times of great need…
Or the act of an angel to right what is wrong…
Or to come in an instant to save one from harm
Is a safety device when one senses alarm.
Leadership is like magic. It can be made strong
When its power is used well in thought, word, and deed.

Mother figures abundant the subconscious keeps.
When the center of focus from nurturance drifts
To distractions resulting from ultimate greed,
Then the cries of the family she can’t misread.
Empathy is one of woman’s most cherished gifts.
She knows well what an investment in kindness reaps. 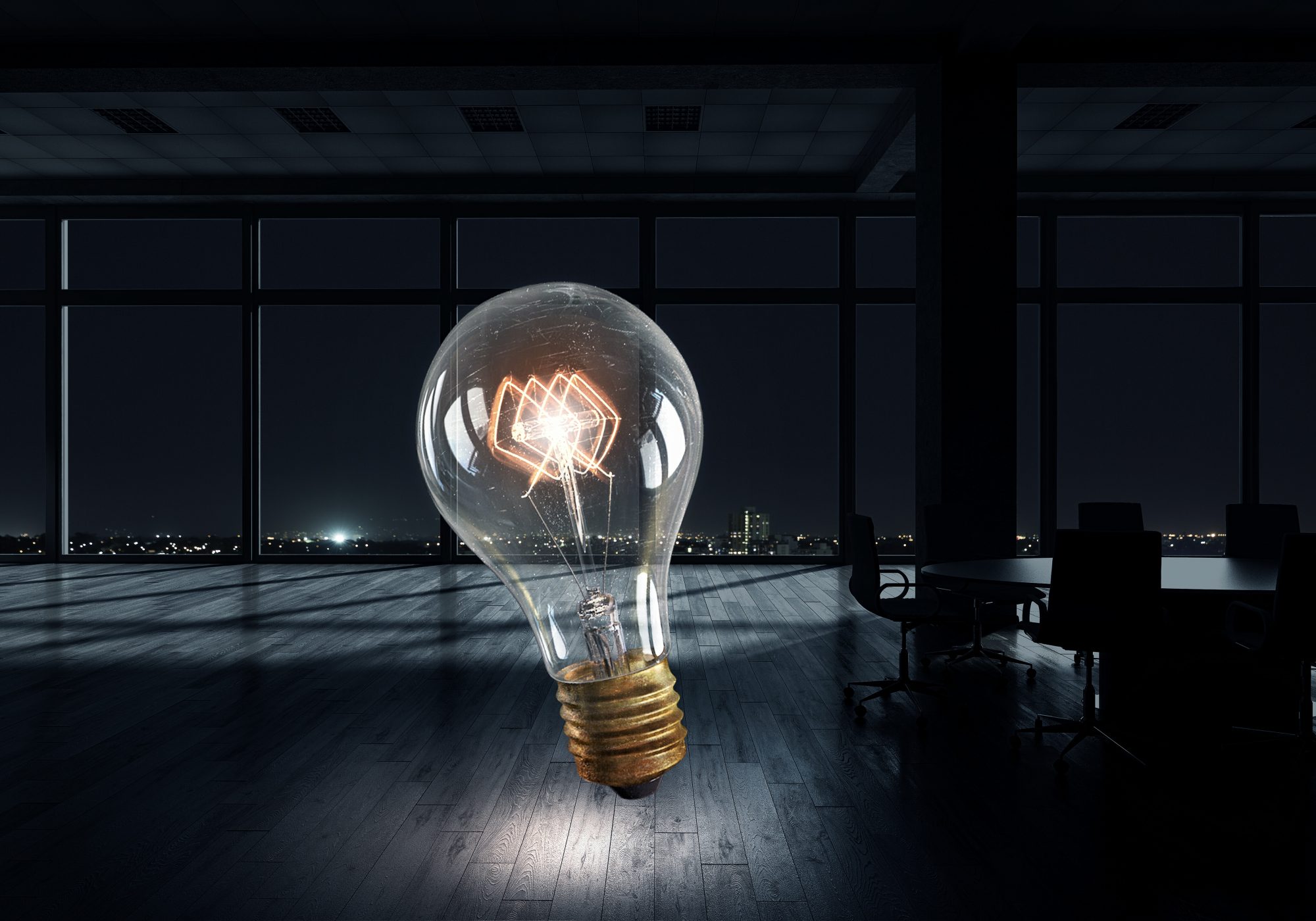 I may wake up one midnight and find all asleep.
Now, that would be unusual. Normal would be
To see their spirits hovering in the night sky
Dancing with one another with no reason why
That it feels most appropriate to all agree
To suspend all aggression that karma must reap.

If the dawn of the new day reveals things have changed
Into something more peaceful and much less intense
With inscrutable drama and ‘civil’ war fears,
Is it, then, an uncanny occasion for cheers?
Change comes only with intent of we who make sense.
We can play the game fairly and oust the deranged.

Beginning again on a new foundation of
Consciously assessed values, The Innovator
Within each of us beacons to all of like heart
To perform what is needed to make a new start.
With full light in our truth, we become Creator
Of the next generation conceived in pure love.

Sudden and unexpected hateful theatrics
Is the skill of the showman who cannot shine bright
Of his own incandescence because there is none.
Light reflected from others shows what we must shun.
All will soon come awake from this horrific night.
After time spent rejoicing, there’ll be much to fix.