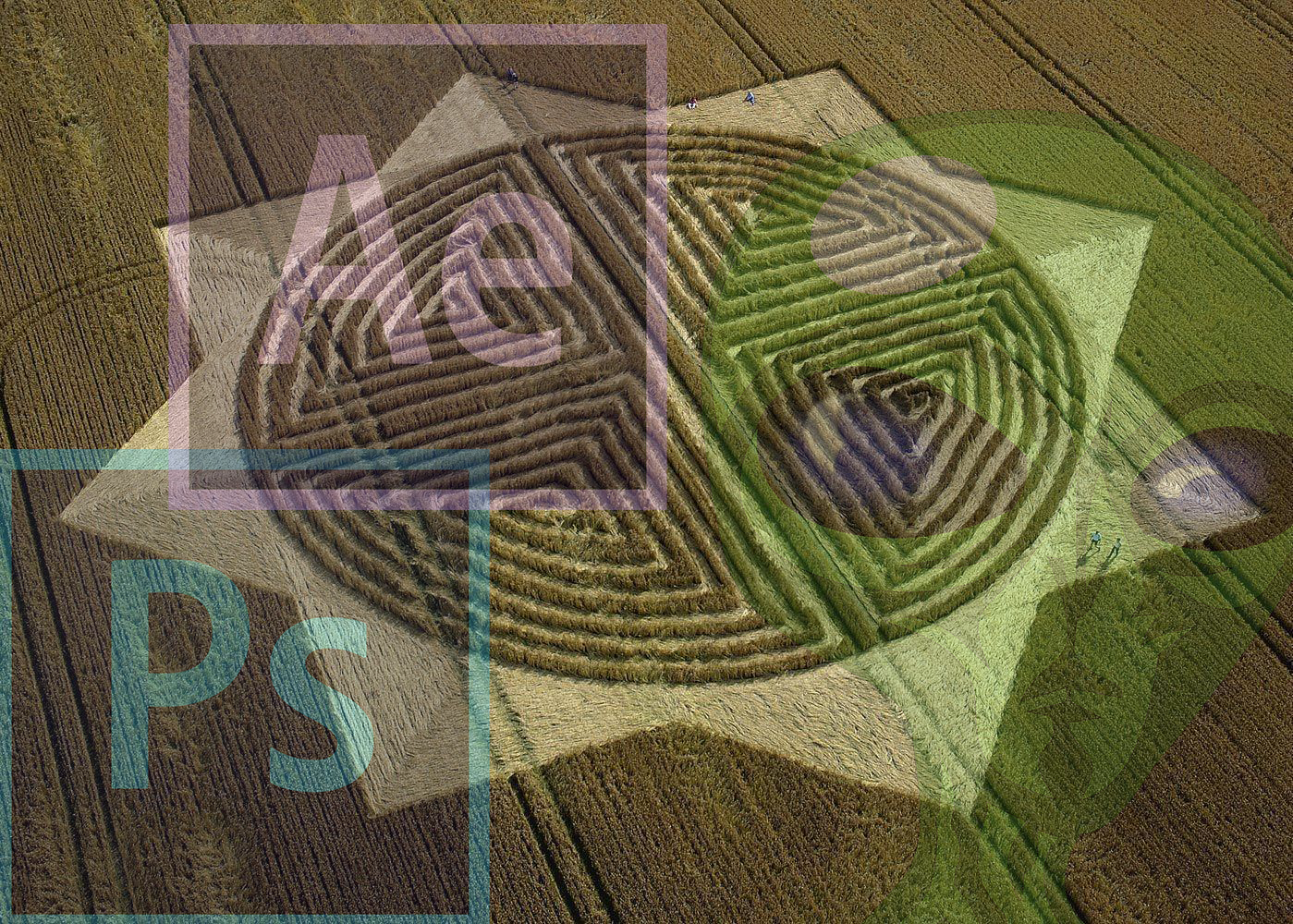 Just whose skills are a mazing? They wouldn’t be mine.
I’ve a watertight alibi. I was in space
At the time those weird circles appeared in your fields.
So don’t blame them on me. My benign talent yields
Not a blanket of mischief with straight poker face
Nor the purpose to brand the earth with my design.

Someone messed with those images – every damned one!
Either that or the aliens are drinking tea
Made from mushrooms from cow patties beamed to their ships
Then distilled and digested well so that their trips
Are as freaky as no human tripping could be.
Then perhaps they are ready to have some real fun.

It’s a big tick-tack-toe game they play from the sky
Or from people’s computers. Whichever the case,
People’s skills can be alien in many ways.
And somewhere in it all there’s a big need for praise.
When caught spewing their markers all over the place
It would be fascinating to hear from them why.