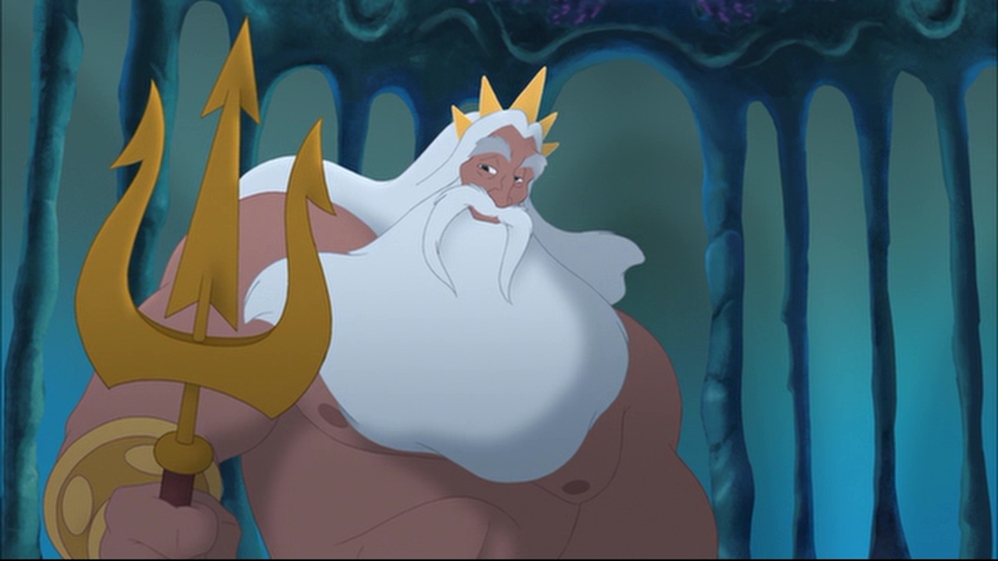 To gain underworld access one has to go deep
Where the many mercreatures dwell under the rule
Of a heart-centered leader – parental and strong.
Overly protective he gets if things go wrong.
There will not be a first time that he’s made a fool.
He knows what lack of focus in judgment will reap.

Way down there, there is wisdom that generates peace
That the underworld family thrives as one whole
With complete understanding that all must be well.
Ocean currents comingle and cast the same spell
Of aquatic enrichment. He whom all extol
Is responsible for inner demons’ release.

The domain of the deep sea hold secrets untold.
Therefore, upright land beings through magic create
Fantasy for fulfillment of something unknown
To the conscious awareness and will to condone.
His contempt for we humans is not one of fate.
He relies on his magical trident of gold.

Interestingly King Triton is a nice guy.
Sensitive and affectionate sometimes is he
When he lets down the crown and relaxes his groove.
Among those he adores he has nothing to prove.
Sharing wisdom among folk, he then lets them be
In the bliss of their freedom to give life a try.