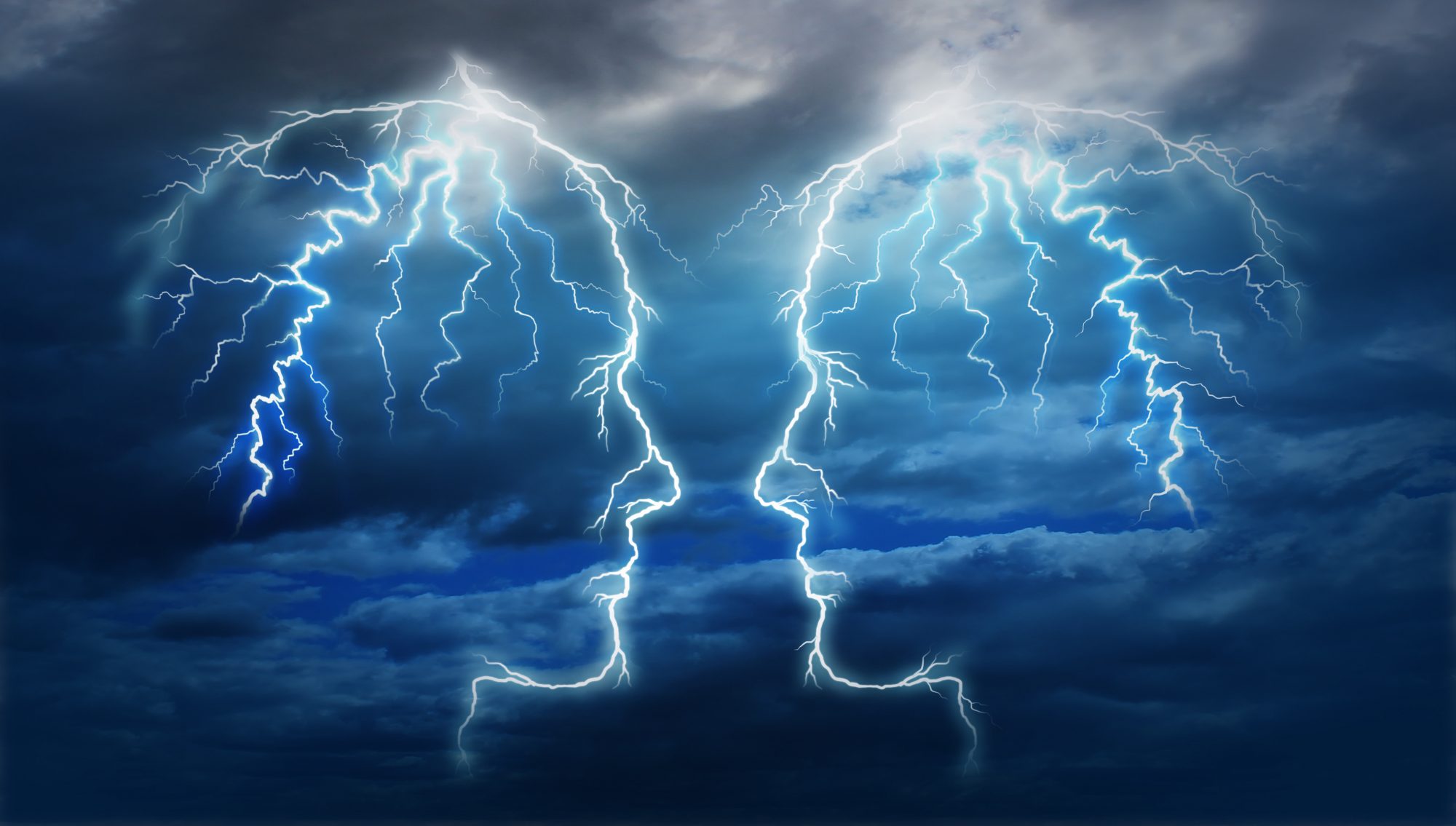 The big picture is visible. Energized air
In the clouds of creation of concrete ideals
Speaks the image of foresight and firm long-range goals
Through the integral process that spirit controls.
The electrical nature immensely appeals
To the organization of which we all share.

Time for transacting business or big party fun
Is at best planned beforehand ahead of the storm
That will bring about changes in how we behave.
Eternally hypnotic, the alpha brain wave
Is the state of enlightenment and quite the norm
Among those who know two heads can work well as one.

Arrogance is a given as charge is displaced
Among opposite forces that must take their sides
To ensure that balance is the final result.
Difficult are our conflicts, but they catapult
Our spirits to the heights where pure genius abides
By whatever is wanted and firmly embraced.

“As above, so below” has been quoted by those
Who express correlation between the cosmos
And the actions of people, and places, and things.
One’s belief is irrelevant and often brings
About misunderstandings with those who are close.
Sometimes it’s best to withhold rather than expose.