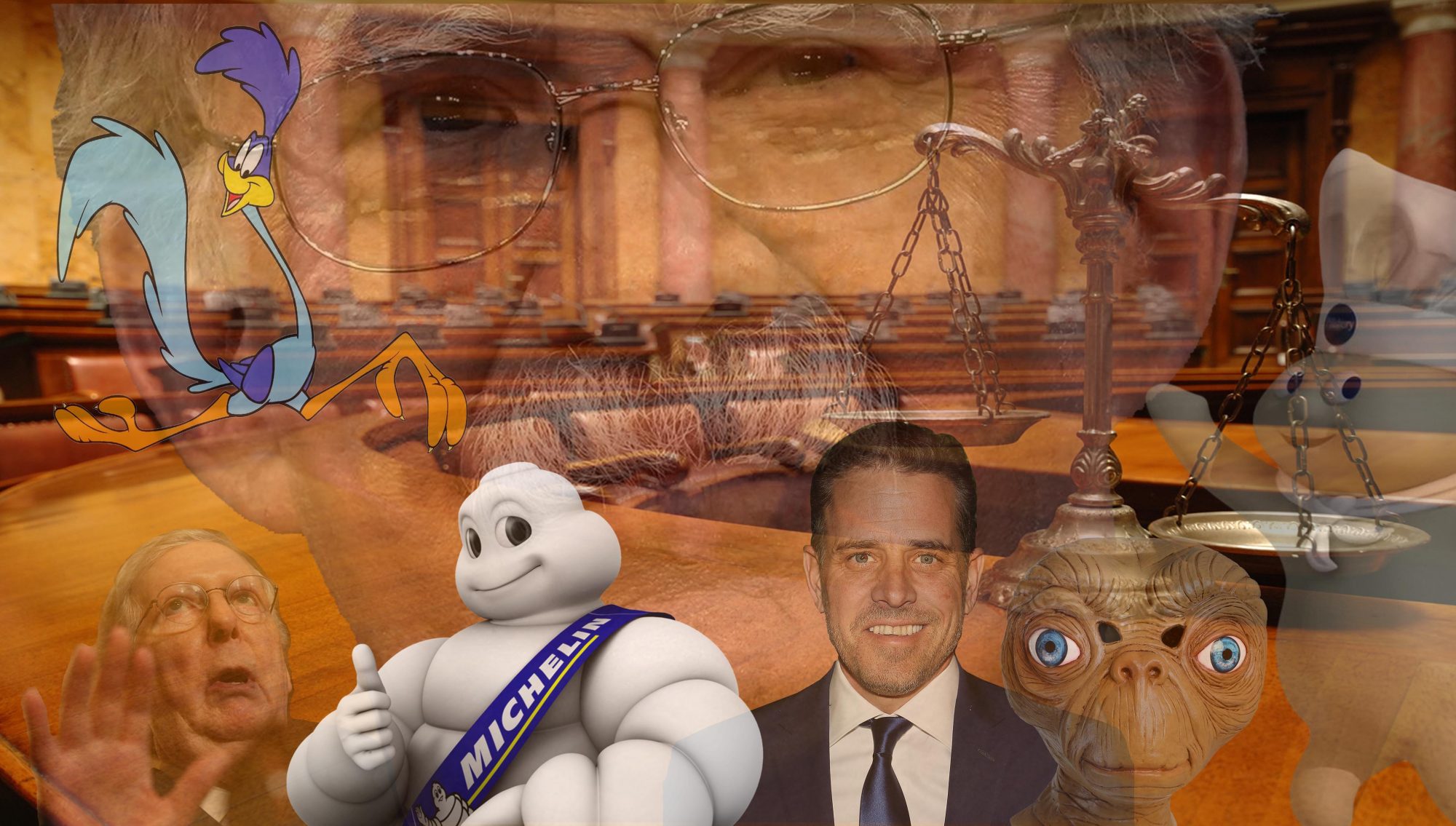 Any thug deserves witnesses for a mock trial
Even though they’re not relevant. This must be done
For the crook in the white house. There’s no other way
Senators can acquit him. Those bought can’t betray
What malignancy sources them. Others must shun
What amounts to a shit show in full circus style.

Why not call in Buggs Bunny and Bozo the Clown?
I’m sure they could bring clarity. Truth they would speak.
Even though they’re not real creatures, that’s just the point.
I could conjure a few after smoking a joint.
Colonel Sanders could testify with bone in cheek
To help give truth and justice the hearty thumbs down.

With the famed Harvard Douchewits and cum-stain-dress Starr
Nothing else may be needed for honor’s defeat
In this one of more battles surely to take place
In the halls of democracy. “It’s a disgrace,”
The defendant must utter in stark blind conceit
Until We as a nation retake who we are.