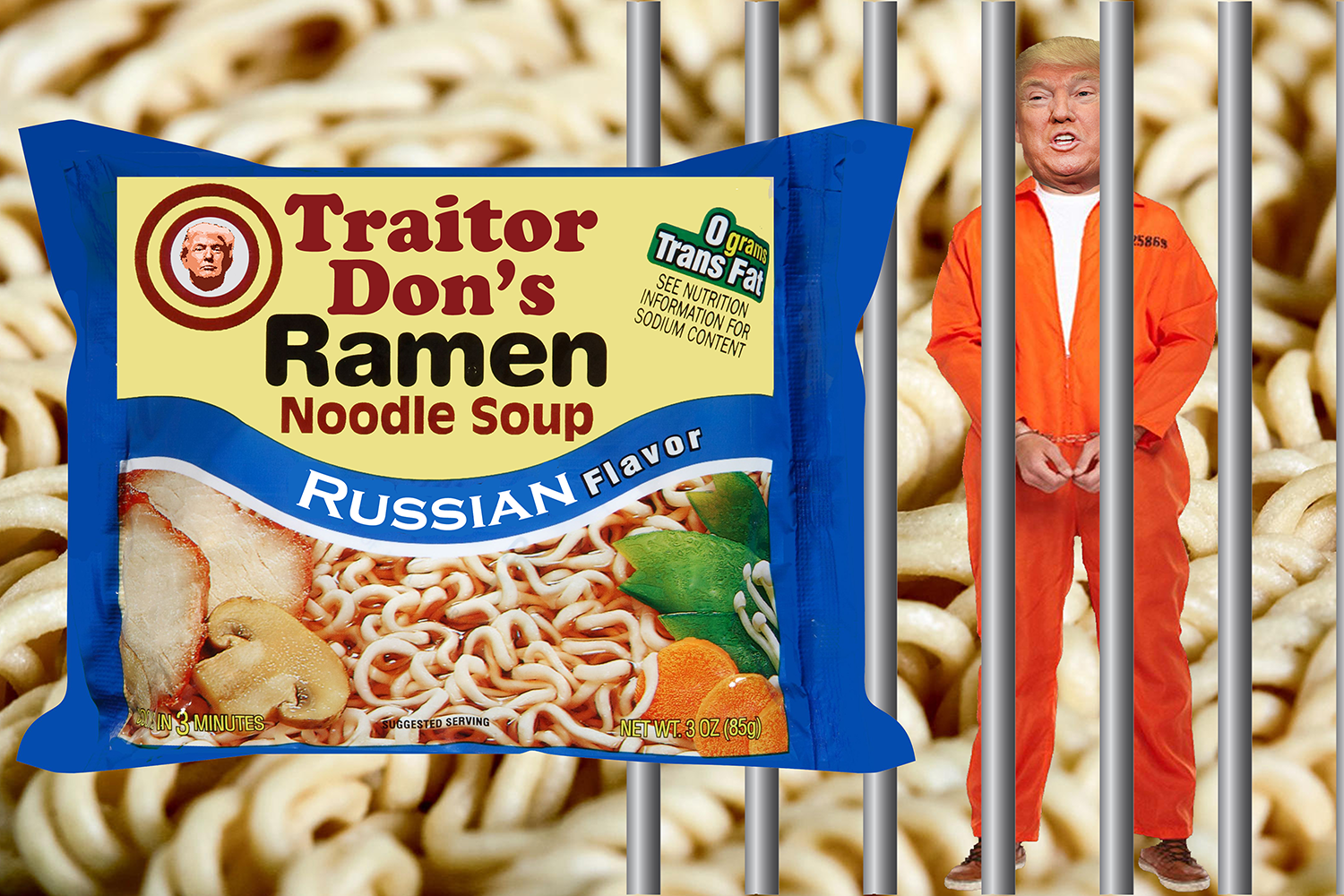 I once heard the House Speaker speak ill of Trump steak.
But since then, he has had a bite… maybe a few.
I’d assume he must like it. I’ve heard no complaints.
Neither he nor McConnell consider constraints
On this unruly inmate whose words are untrue.
Tasty Ramen behind prison bars he will make.

All the world will in unison piss out his name.
Our demonic possession will find an escape.
Is the sight of stern justice the heart of the goal?
Were it not for kind karma, I’d be such a soul.
We need not play the victim. We’re in better shape
Than the Trump tribe of gangsters who’ll go down in shame.

With his genius swamp rat skills, he’ll learn to throw down
And share rank recipes with the folk of his kind.
He may learn to do push-ups and get back in shape.
There’s no limit on time. He will find no escape.
He will have dirty, mean people fuck with his mind.
There is time enough for him to practice his frown.