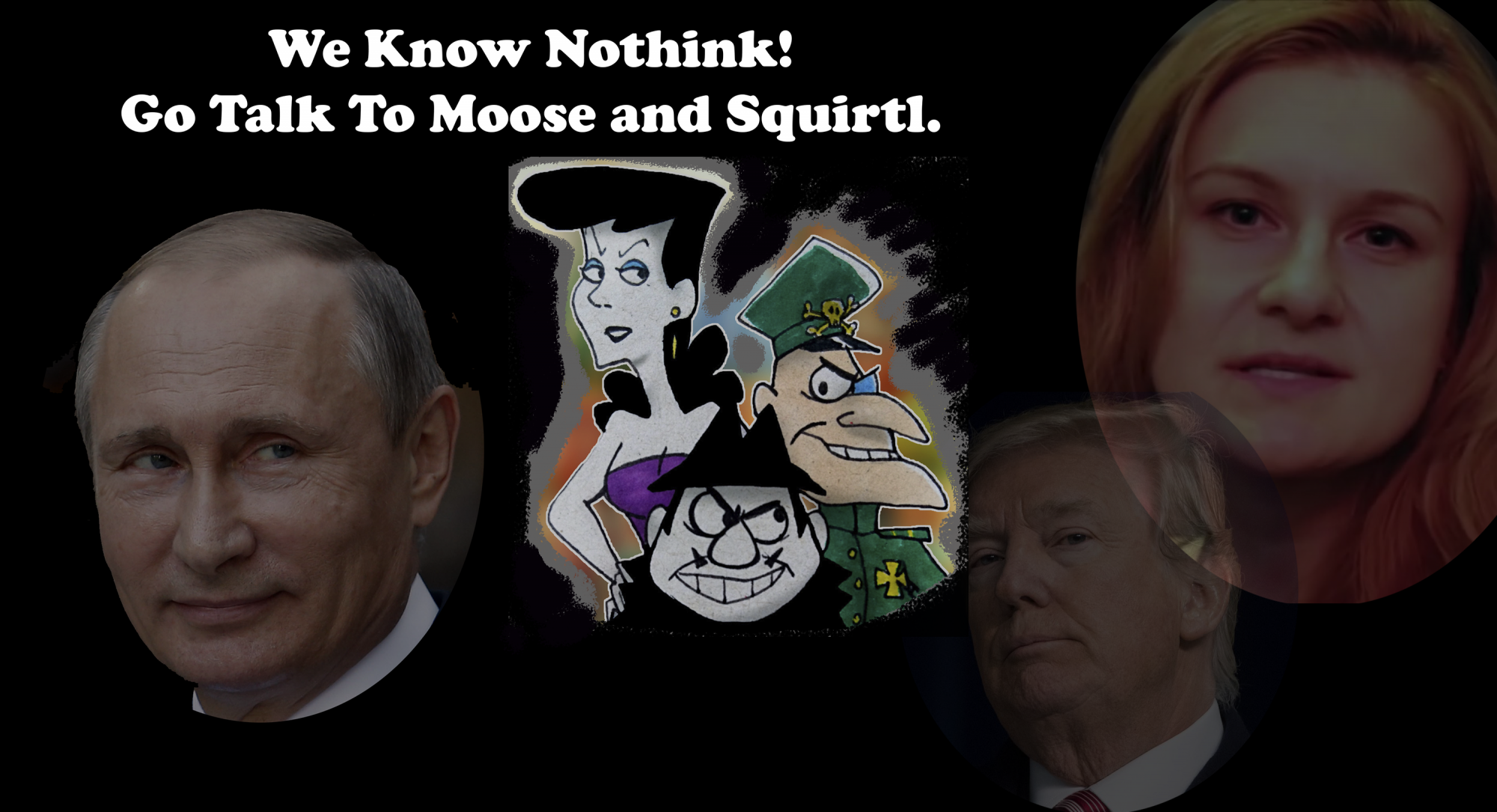 One should take Wossamotta U as a real place.
What unfolds in the present no writer could dream.
It’s so blatantly obvious. It’s hard to see
Why the few fans remaining cannot all agree
We’ve become comic characters to the extreme
As the real cartoon villains laugh through our disgrace.

The nefarious flail that is fractured began
Long before concepts ‘moose’ and ‘squirrel’ took on some mass.
It’s a binary battle no nation can win.
As the snake with its rattle, we slither in sin.
Should a John Wayne-like POTUS go kick Putin’s ass
Or speak softly with big antlers and with no plan?

Now, the melting pot, squirrely, pissed in by some bear,
Runs amuck as its leaders conceal the moose mess.
The swamp will get to stinking much worse by the day.
Until something big happens, bad actors will play.
As Fox views remains stalwart as our state owned press,
Folks appear to be mind blown as they sit and stare.