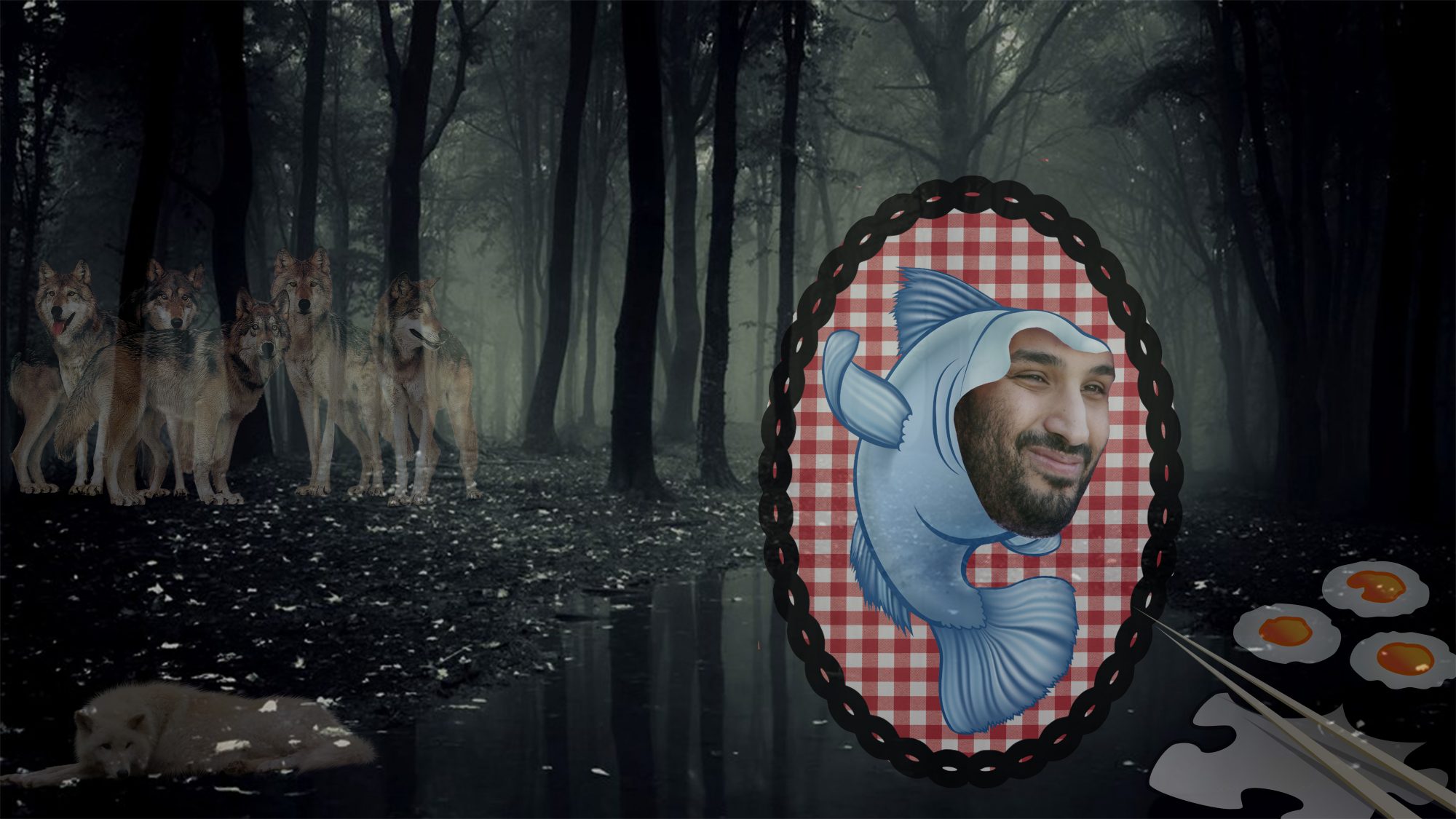 Deep within the dark woodwork mom says never go.
Any place where the wolves howl while people can’t see
Through the murk of deception, one should well avoid.
You would not risk the chance of becoming destroyed
Unless big money convinces you to agree.
Anyone in their right mind would already know.

That’s unless you’re a Ken doll – an Arab’s best friend
Who will fear not a forest where wealth may be gained.
Salmon can look like grandma to blind little boys.
All one does is impress him with expense and toys.
But which one of the two has more power ordained?
And who’s better at playing the game of pretend?

There’s a Bearded Bin Salmon Hood in the dark wood.
All the world knows he’s lurking. Wolves ears are erect.
When the Ken doll is stripped down to his plastic skin
He may notice that grandma has hair on his chin.
Is it hard for a Ken doll to earn some respect?
That would be possible if he only did good.