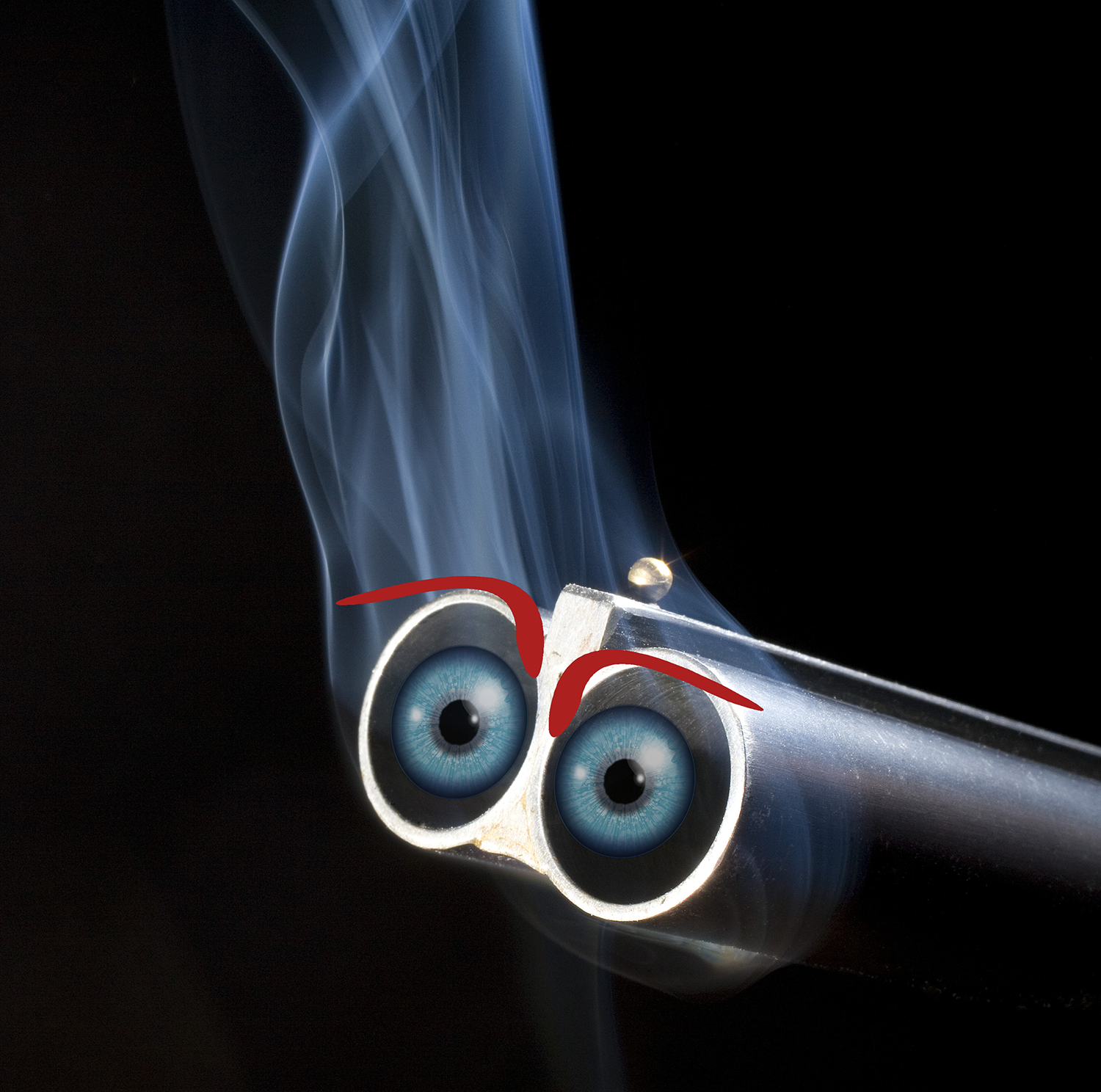 One had unleashed an Ocular mojo on me…
No. I did it myself! It’s not right to cast blame.
If I see people’s faces as weapons, it seems
Quite that I’ve grown accustomed to destructive memes.
It’s a shame eyes outside me can put me to shame.
But they don’t! It’s my damned self that I cannot see.

The eyes are mass weapons of warfare these days
As they are throughout history’s eye tapestry.
Group consensus determines how weapons are fired.
Lone among body language, they’re never retired.
Though the mind can’t be read, there are those who agree
That it shouldn’t be.    Privacy is a safe haze.

One can feather that trigger to see what the hell…
Or ignore it and go about one’s busy day.
It’s a choice I can live for – not die for, for now.
How Now is the focus for this sick brown cow.
Rolling Eyes is a barrel of laughs, I can say
Now that I’ve been released from my own hatred spell.