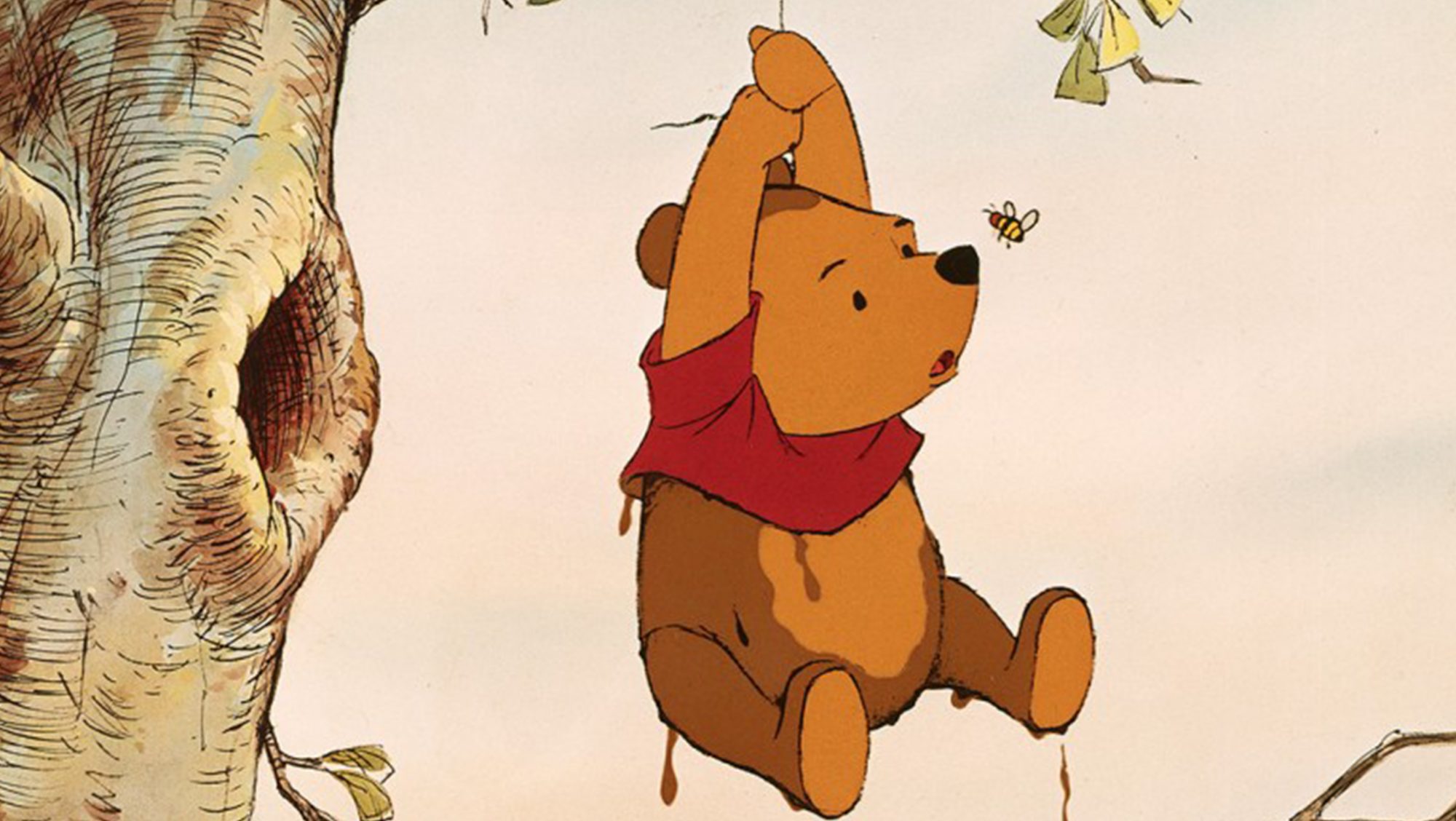 Those who honor The Pooh perhaps have less to do
With their time than the average person these days.
Life becomes convoluted in every detail.
We must face daily duties and onward prevail.
Is the creature imagined worth all of this praise
For fat happy stupidity in point of view?

Sensual in demeanor, the earth is his home.
All he does is hunt ‘hunny’ (He’s not been to school).
Days are filled with much comfort and some adventure.
He may rub folks the wrong way, but his heart is pure
As the gold that he cherishes. Somewhat the fool,
He relies on the bliss of his carefree syndrome.

Satisfying his cravings is what he does best.
Having no inclination toward being too rushed,
He gets what he is after, though usually,
He ends up in some trouble that he cannot see
Ever coming his dumb way. Rarely is he crushed
By resulting resentment that may be expressed.

Yet he’s thoughtful and loyal to creatures he knows.
Being uncomplicated, warmhearted, and true
To the one he’s at one with earns him special grace
In the mindsets of many who gladly embrace
Anything that reminds them there’s nothing to do
But to go for the gusto after a nice doze.