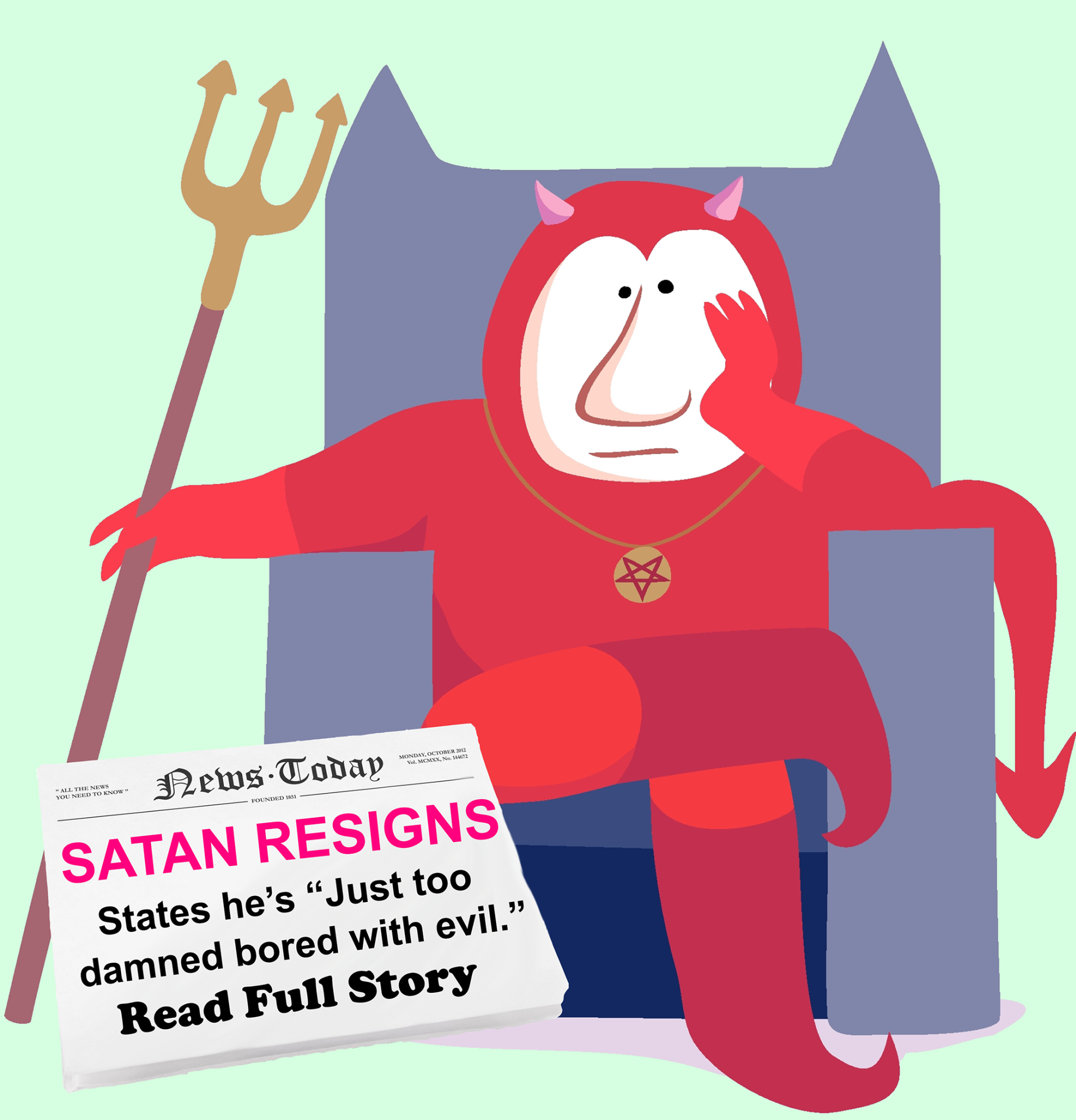 Just in the news via Karma Control
His despicableness the Devil declared
He’s quite had it with hell. Do understand,
He’s held the same job since time began.
He won’t be remembered as old and grey haired.
So now who’s fit to take over the role?

Seems the Devil’s been rather dysphoric of late.
The smell of burnt souls no longer delights.
He’s seen it occur over and over again.
People kill over God and shout “Allah” or “Amen,”
Yet over Satan, ‘haven’t been many fights.
The position is open. Who’ll take the bait?

“Among yourselves, you wreak havoc and terror,”
He said in a statement released just today.
“No one here pays much attention to me.
Hell sure ain’t much like it used to be.
When man out does me, I’ll step out of the way.
Somewhere, there’s a metaphysical error.”

Then the Devil went on to say
He won’t care if his life work should all peter out.
A burnt out bastard is he. Now that fate’s set him free,
Was his infamous apple picked from the wrong tree?
This news rather shocking’s worth thinking about.
Now Hell has a chance to freeze over some day!