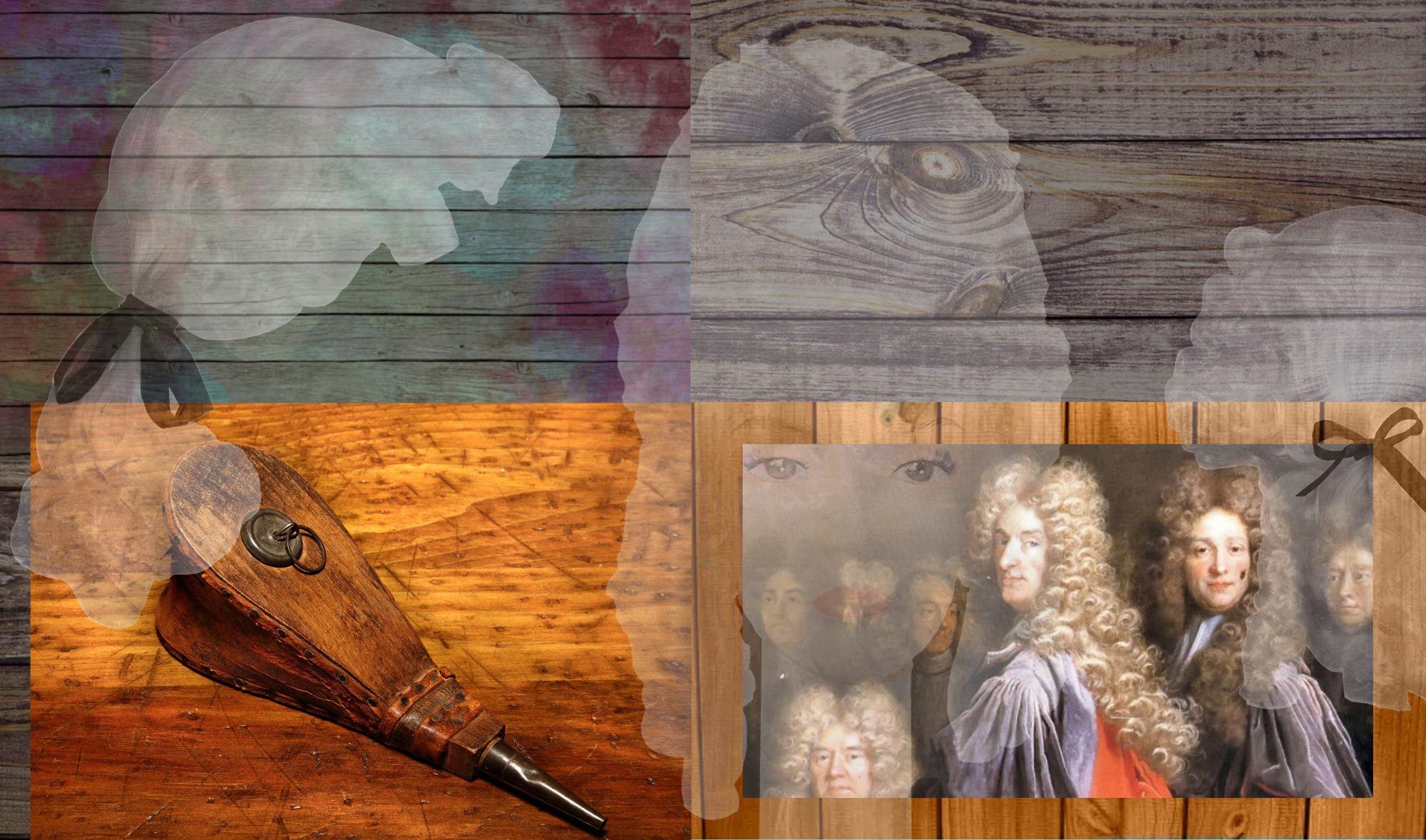 Prim and proper forefathers were called the big wigs
At a time when men’s fashion included much hair.
Only rich people owned them in the beginning
But the trend became widespread. It soon was a Thing.
No man would be caught bald. People would laugh and stare
And they’d ruthlessly cast one in league with the pigs.

But how wigs became popular is peculiar.
Mothers of odd inventions are essence of same.
Most of Europe was plagued by a nasty disease
In the late fifteen hundreds. Through analyses
Of the symptoms most prevalent they put the blame
On a thing we call syphilis. My, how bizarre!

The significant outcomes are chronic hair loss,
Funky issues with head sores and persistent lice
From the wig made of goat and horse hair. So they would
Powder them with some lavender so they’d smell good.
The founders of our nation, in great sacrifice,
Have become honored headstones who gather no moss.