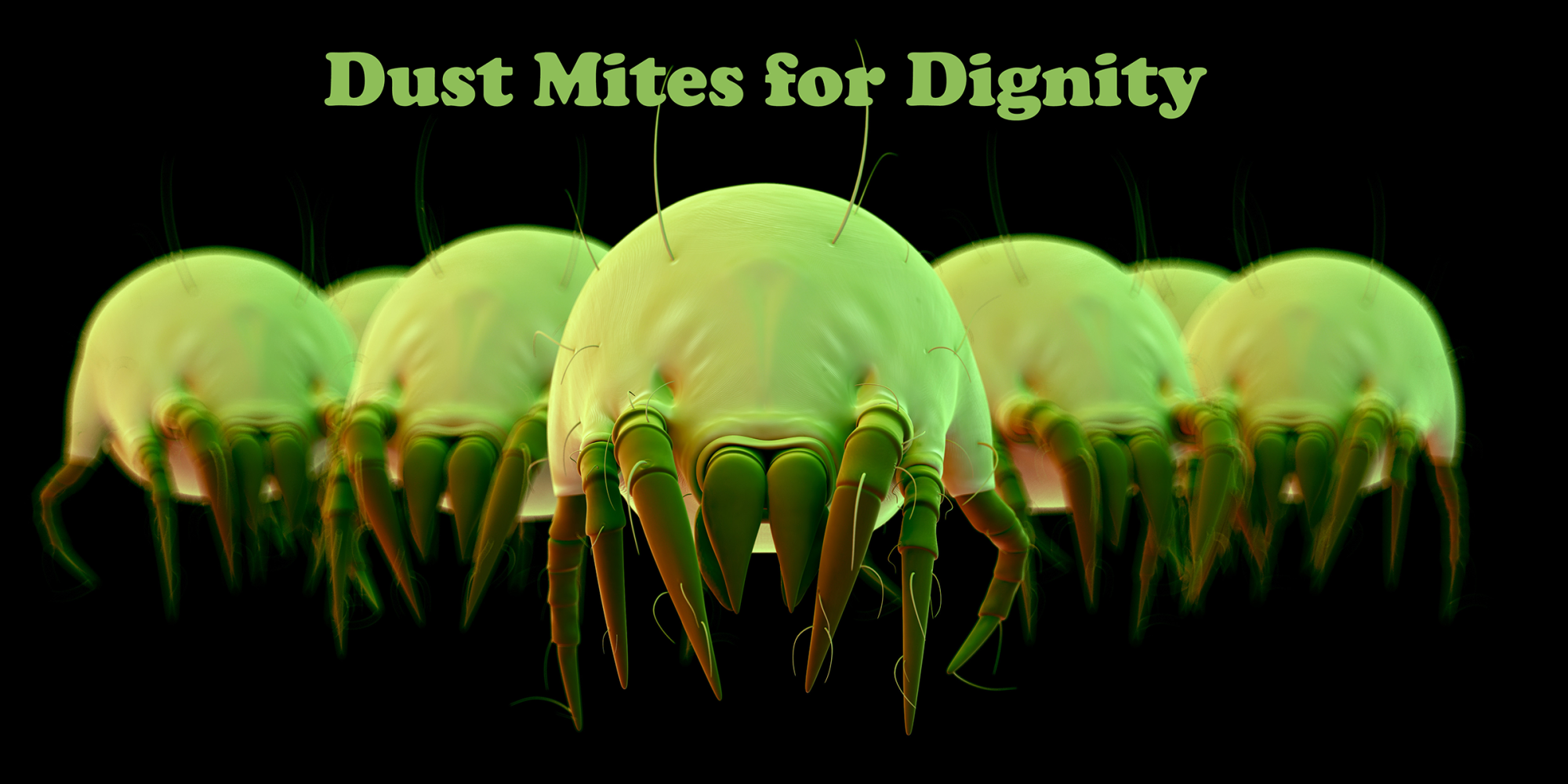 The dust of a world swirls about in a wind
As it forms into clusters and clumps of some mass.
Does dust ever settle? Most seemingly not.
It is breathed by both cosmos and nation a lot.
Out there, it forms stars with a lifetime of gas.
Down here, it wreaks havoc for all who have sinned.

Many indices rampant among human doing
Are helpful in giving our best selves a clue
As to just how much toxic dust made at our hands
Becomes real enough, dust mites make their demands.
Now, since they are the many, and we are the few,
If we don’t treat them right, then ourselves we are screwing.

The dust mites among us are noble indeed.
They work for dead skin cells; ‘ain’t nothing much cheaper!
They keep to themselves in the dust we create.
They live out their lives in nirvana-like state.
When it’s time to move on, they will greet the grim reaper.
Their CTI’s low, I think folks would concede.